The energy industry is one of the largest in the U.S. and, thanks to the contribution of the renewable energy sector, it is also one of the fastest-growing.

According to the National Association of State Energy Official (NASEO), “6.7 million Americans work in the energy sector overall, including electric power generation and fuels; transmission distribution and storage; energy efficiency; and motor vehicles. This represents 4.6% of the American workforce”.

We can safely say that a job in the energy industry is always available for anyone who has the appropriate skills, education, and knowledge.

But what are the Best Paying Jobs in Energy? 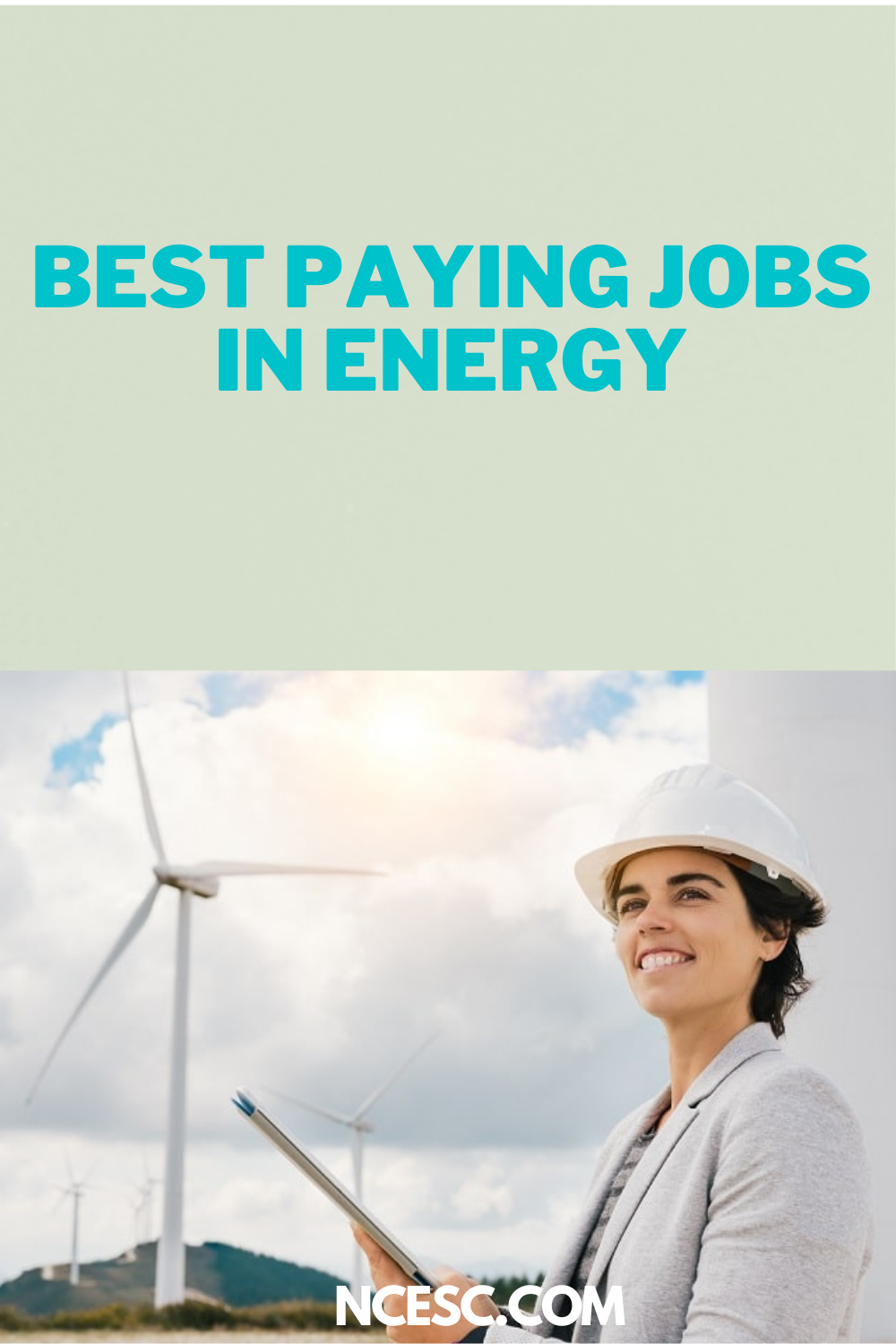 The Big Distinction: Renewable vs Non-renewable

The energy industry is so complex and diversified that it makes sense to differentiate between the numerous possibilities that it offers.

The various sectors are generally classified based on the source of the energy that they produce. We can identify two main categories: renewable and non-renewable energy.

The main categories of renewable energy include solar, wind, hydroelectric, tidal, hydrogen, biomass, and geothermal. What makes them so unique and environmentally sustainable is that it doesn’t matter how much we use them: the sun will keep shining, the wind will keep blowing, and so on and so forth.

Even if the renewable energy sector is often considered as something relatively new, this is not entirely true. The first wind-driven wheel was invented in the 1st century A.D. by a Greek engineer, Heron of Alexandria, while the exact origin of water mills, which can be dated at least several centuries B.C., is still debated. 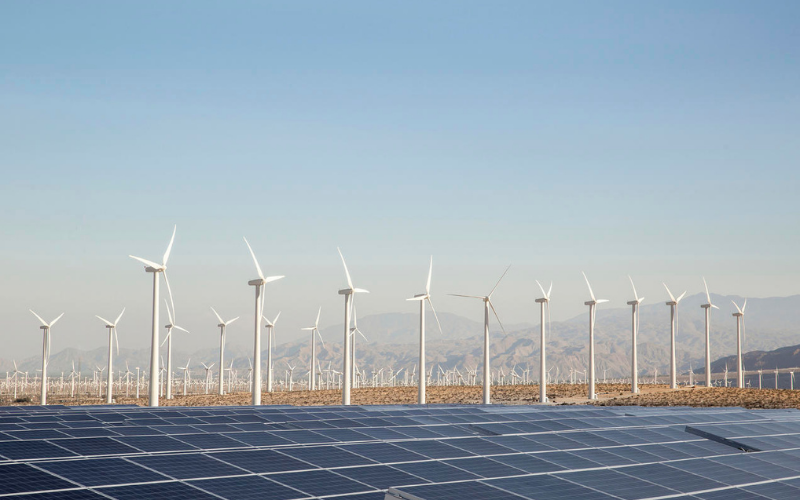 On the other hand, non-renewable energy comes from resources that cannot be restored by nature, at least not in a reasonably short amount of time. Once coal reserves run out, it will take millions of years before they develop again.

Even if the energy itself is renewable, the uranium used in the process is a limited source. However, newer technologies could provide infinite fuel to a nuclear power plant, and that’s the reason why some people started to consider nuclear energy as renewable.

High-paying jobs can be found in any of these sectors…

But if you’re a high school graduate who’s deciding on his career path, you might be interested in knowing which of them is growing and which one might be facing a crisis before you complete your education.

So, let’s take a closer look at…

What are the fastest-growing energy sectors?

And moreover, what will change in the energy business in the future? What jobs will guarantee a long and stable position, and which ones will slowly fade away?

Let’s kick this off with the most prominent sector that will most likely dominate the scene.

Renewables are quickly penetrating the energy market, increasing their share year on year, and there’s no reason to think that they will stop their climb any time soon.

How do we know this?

Between 2000 and 2018, renewable energy has seen a 100% growth, and it now represents 17% of the whole industry. Even during the pandemic crisis, clean energy has been able to grow, although at a slower pace.

Several countries around the world have implemented incentives to convince people to invest in green energy. The United States has the goal to achieve zero net carbon emission before 2050.

If you’re planning your future in the energy industry, this is by far the safest option. 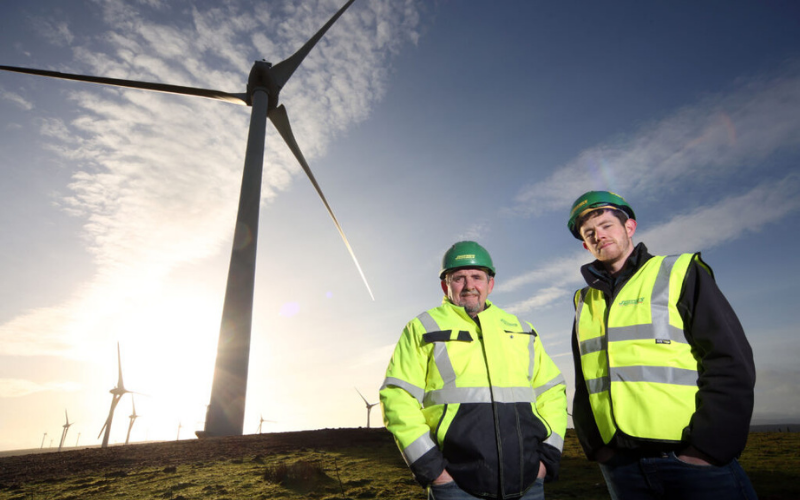 This could come as a surprise for people who’re not familiar with the energy industry, but natural gas consumption has seen exponential growth over the past years.

Why has it become so popular?

Well, the main reason is the cost. The price of natural gas has been constantly low, and especially when compared to the fluctuations of coal, its stability has made it one of the most profitable energy sources.

However, natural gas reserves are pretty limited, and they’re expected to run out before the end of the century.

Following the Fukushima accident in 2011, the growth of renewable energy, and the low price of natural gas, the fate of nuclear power seemed sealed.

When politics, money, and interests blend, things can change quickly, and nuclear energy is now making an unexpected comeback.

The U.S. Energy Information Administration (EIA) expects nuclear power to increase by 1.6% every year for the next 20 years.

How much does nuclear energy production contribute to the energy industry?

According to EIA, “In 2020, the nuclear share of total U.S. electricity generating capacity was nearly 9%,” making it the second-biggest source of low-carbon energy.

Taking into consideration all we just said, it makes sense to think that when looking for a career path, one should focus on these three sectors.

Does this mean that high-paying jobs are available only in these areas?

Not really, especially considering that 80% of domestic energy still comes from fossil fuel. How long will it last?

Long enough to guarantee a stable and profitable job to anyone who has the right skills and knowledge.

The 8 Best Paying Jobs in Energy

Let’s move back to the main topic of this article, finding out what are the highest paying jobs in energy?

As opposed to many other jobs in the energy industry, a bachelor’s degree is not required. The necessary knowledge can be acquired by attending a program at a community college. However, ongoing education is needed throughout the whole career to keep up with the always-changing technologies. 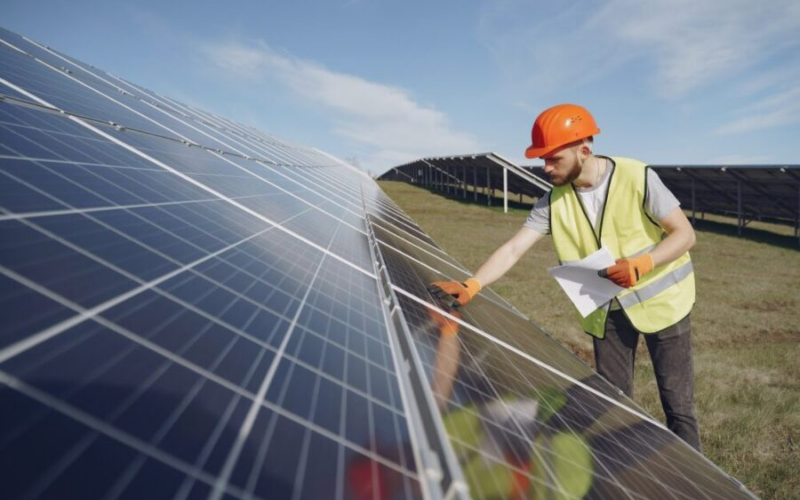 What do they do?

The primary responsibility of an energy consultant is to analyze the energy sources of the client and suggest the modifications needed to reduce carbon emissions and energy costs.

An energy consultant can work as a freelancer, or a company can employ him, and he usually specializes either in domestic or commercial solutions. While the two careers require most of the same skills, the specific knowledge is quite different in those two sectors.

A bachelor’s degree in architecture is usually enough, but a master’s degree is necessary to apply for some jobs. Moreover, several years of experience as an architect are usually required before moving to a managerial position.

Energy efficiency is one of the most significant factors to keep in mind when designing a new building. With so many options available, an architectural manager has to be able to choose the best solution to reduce the energy waste and carbon emissions of the project. 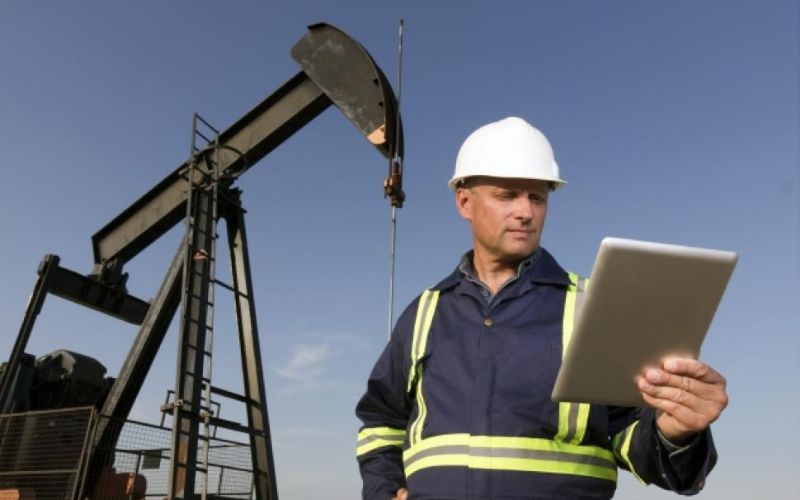 You’ll need a bachelor’s degree in engineering or petroleum engineering.

Since oil and gas reservoirs are quickly running out, a petroleum engineer job is one of the highest-paid in the industry. This is because the main duties are locating new deposits and developing efficient methodologies to extract oil and gas from the existing ones.

This can be an exciting career that involves a lot of traveling to extraction sites everywhere in the world.

This is another option for whoever doesn’t want to spend four years at college. An associate degree in nuclear technology followed by extensive on-the-job training is typically needed.

Most people start this career after serving in the U.S. Navy, where they have acquired the necessary experience.

A nuclear technician is responsible for constant monitoring of the efficiency and the safety of any equipment used in a nuclear power plant. They also monitor the radioactive levels in the air, water, and soil around the site.

As opposed to what we might think, being a nuclear technician is no more dangerous than any other job. Even though they handle potentially contaminated material, this is always done under controlled conditions, and accidents are extremely rare.

Most of the Wind Farm Site Manager jobs require a bachelor’s or a master’s degree. However, some companies are willing to employ professionals with postsecondary certificates, provided that they have extensive experience in the field.

A wind farm site manager oversees the day-to-day operations of a wind farm. He’s responsible for ensuring that everything works as expected and that regular maintenance is conducted according to the schedule.

Most of the time, a wind farm site manager is hired before the farm is built. In that case, he will also supervise the whole construction process.

A high school diploma and relevant experience are enough to start this career. People that have a background in electrical and construction jobs will find the transition to this profession easier. Community colleges and trade schools offer 1 to 2-year programs that will give you better opportunities to find a job quickly.

What you’ll be doing…

A solar energy technician is responsible for installing and maintaining solar systems. The job involves a lot of physical activity, and being comfortable with heights is a mandatory prerequisite. 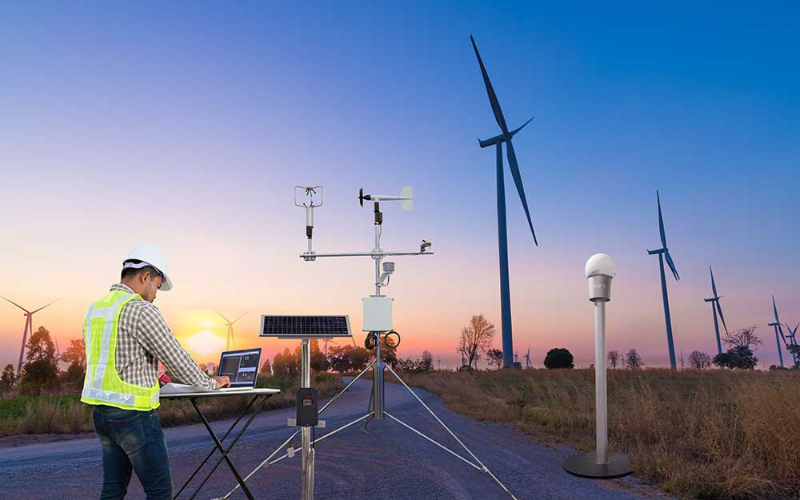 Whenever a wind farm is in the planning stage, an atmospheric scientist is needed, and he has the job of ensuring the success of the entire project.

His knowledge of the weather, and more specifically of the wind movements, will determine where the farm will be built and where the wind turbines will be located and orientated. He will also need to forecast wind power and how it will change throughout the year. The engineers will use all this information to calculate how efficient the wind farm will be.

For this position, you’ll need a bachelor’s degree in software engineering. Some employers might require a master’s degree.

Even though this isn’t the first job that comes to mind when we think about the energy industry, the reality is that software is a crucial component to maximize the efficiency of any energy operation.

The demand for highly specialized software engineers is exponentially growing, and so is the salary and the benefits that come with the job.

The Top Paying Jobs in Other Industries?

If you’re looking at earning a six figure range, you might want to invest in a complete guide to how to get there, depending on the industry you’re interested in. I recommend checking out 6 Hours to 6 Figures, the Art of Commercial Morgage Brokering, How to Earn 6-7 Figures Selling Timeshares, and Millionaire Real Estate Flippers.

Got a criminal record? Check out the Highest Paying Jobs for Felons!

Back to today’s topic…

The energy industry is constantly evolving. New technologies and new jobs appear every year, and people with the right mindset, qualifications, and knowledge can find countless opportunities to build a successful and long-lasting career in energy.

Renewable energy will keep growing at an exponential rate in the next few decades. However, traditional energy sources will not disappear anytime soon, and as long as they are profitable, high-paying jobs will be available even in that sector.

Did you find the perfect job for you? Hopefully, you did, but either way, Happy Job hunting!

What is the Difference Between Goals and Objectives? (2022 Guide) 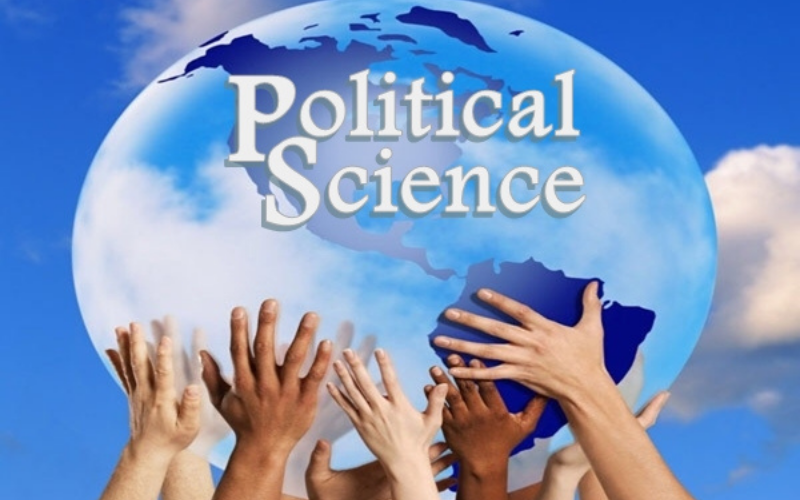