Individuals convicted of any felony, whether they have served their time in prison, often face harsh consequences. Such may include loss of voting rights and difficulty obtaining employment. These apply to anyone convicted of serious crimes that carry sentences of at least one year’s imprisonment up to life in prison.

But even worse are the collateral consequences. These are often termed as “invincible punishment.” One of such sanctions is the ban from cash assistance from TANF (Temporary Assistance for Needy Families) for drug felons. The ban is often coupled with restrictions to access food from SNAP (Supplemental Nutrition Assistance Program). 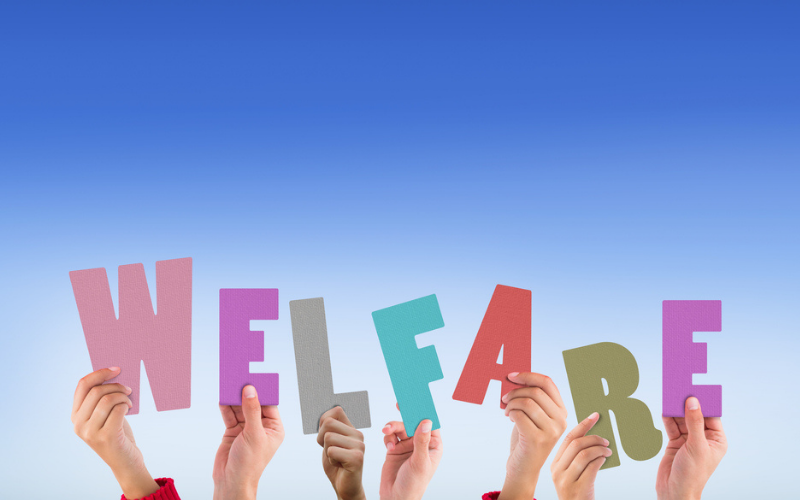 These welfare exclusions do not apply to offenders of other non-drug related felonies such as murder and assault. Meaning, two people can go to jail for armed robbery and drug conviction. But the robbery convict qualifies for welfare benefits once out while the drug convict can’t.

While the sanctions take effect outside the traditional sentencing framework, they have extreme and adverse impacts. Unfortunately, like most people, you may be unaware of these penalties until you face them.

Before we dive in, let’s analyze the experience drug felons go through with TANF ban.

The ban, established under President Bill Clinton’s welfare reform law, includes anyone convicted of a drug felony. Hence, anyone in possession, use, or distribution of any controlled substance.

The ban applies only to TANF cash assistance benefits. Other services, such as refundable tax credits, child care for working families, or subsidized jobs, do not apply.

To a large extent, policymakers of the law believed that the ban would deter substance use and abuse. They aimed to protect against welfare abuse but also ensure the help went to the ones who needed it most. Similarly, it maintained that the welfare would make fewer drug felons resist turning their lives around by looking for work. 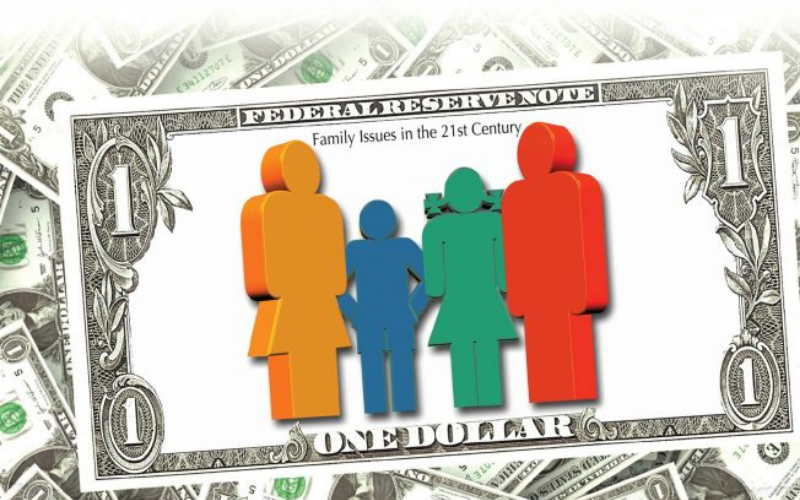 The ban has led to various concerns such as:

At the same time, the law allowed states to opt-out or change the ban. Besides they would not face a reduction in the funding for enacting positive legislation. Most states have taken action on the law which has resulted in diversity in eligibility standards for drug felons.

The question about whether the ban deters drug use remains unanswered. There’s little reason to believe it would. First, most ex-offenders are unaware of its existence. They know not that drug felony conviction would lead to the loss of their welfare.

On the contrary, given the nature of such individual’s drug abuse habits, it would be impossible that their criminal activity would be stopped by the threat of losing welfare benefits.

Implications of the Welfare Ban to Drug Felony Convicts?

Drug-related felonies are common in the United States. Approximately half a million people in the U.S. (that is sixteen percent in state prisoners) are incarcerated with a drug felony. Most of them are not high-level drug dealers.

Rather, they are ordinary individuals in the community. Out of the ones released from prison, 91% have no reliable access to food. Here are some ways the ban impacts such people:

The result of welfare exclusions is evident in the destruction of communities. As such, they face the harsh realities of unconducive conditions. Ones that hinder access to employment, training, and support services. Such benefits include health care, food, and housing. The extended punishment may leave them more vulnerable to food insecurity.

One of the highest support a felon can receive is the benefits to take care of themselves and access to food security. Denial of TANF benefits has negatively affected food security and the health of the ex-offender, their family, and the community. It makes reentry from prison increasingly arduous. 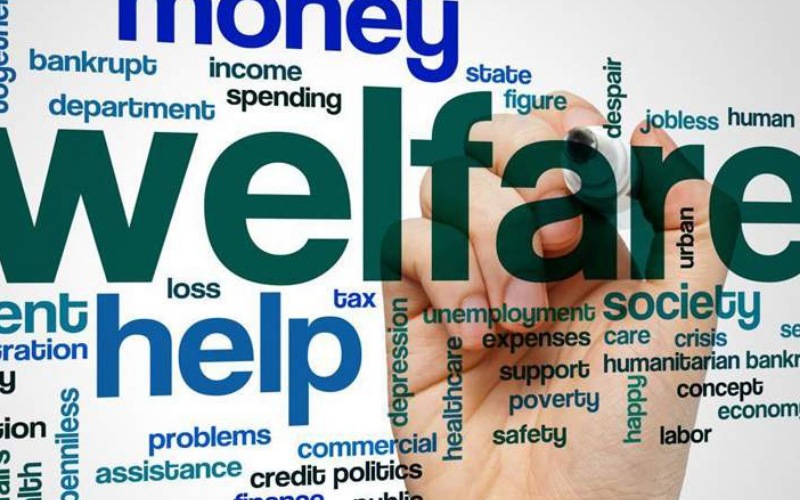 Without any income, parents reentering the society are unable to support their children. TANF is their link to be self-reliant and support their families. It would serve as a safety net for the economically-challenges families with children.

Besides, parents who lack extra support, such as child care, are at more risk of being homeless and being charged with child neglect. As such, the long-term health, academic, and economic impact on such children (in the future) has been proven time and again. Unfortunately, the ban prevents them from accessing basic resources.

The ban provides leeway for getting these people back to jail, which costs, even more, to imprison them than the cost benefits. Those who are extremely food insecure would be more likely to use alcohol and other illegal drugs and engage in sex work.

Can Felons Get Welfare?

Whether you receive welfare varies across different states. While most states are lenient with the SNAP ban, most SNAP restrictions mirror those of TANF to ease administration hurdles. Most states have either opted out of the ban or applied some restrictions to it. Currently, 37 states reinforce the TANF ban in full or part, while 34 states enforce the SNAP ban in full or part.

10 states still enforce a lifetime ban on cash assistance. 13 states (and the District of Colombia) have completely abandoned the ban. 27 others partially eased the ban to only allow benefits in certain circumstances. 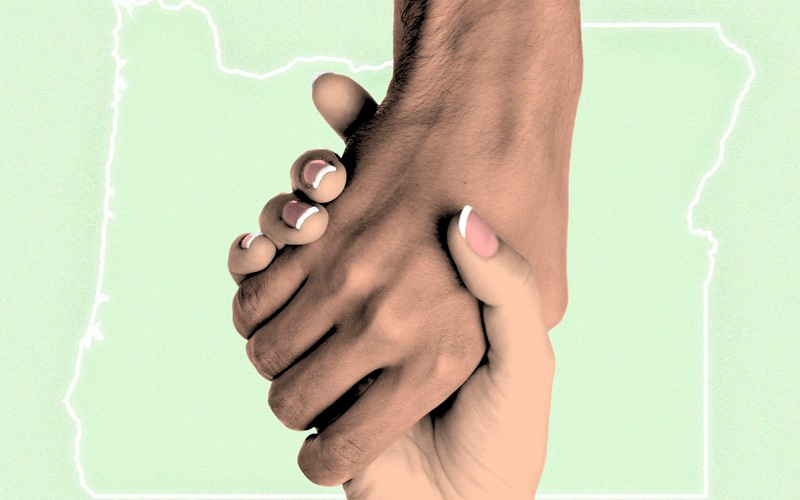 For instance, some states need you to;

In Connecticut, for instance, the convicted drug felon is eligible for welfare. They are eligible to benefits cash, nutritional, medical, housing, and heating but under the conditions that they;

For most states, such as Arkansas, Florida, and North Dakota, the individual convicted of manufacture and distribution of the drugs is ineligible for welfare. The person convicted of possessing drugs may access TANF.

The move to ease restrictions is driven by bipartisan support aimed at reducing reoffence. From research, felons with access to care and public benefits are less likely to return to prison within a year. The easiest way of reintegrating the people back into society would be through food and cash help.

Despite the law provision allowing states to opt-out or change the welfare ban for former drug offenders, a few states have remained adamant to take action. Clearly, blocking incarcerated persons from basic welfare has its adverse limitations, which are unknown by most.

Do you want to know if you qualify to get welfare? Remember, welfare ban for drug felons differs across different states. Therefore, you must be cognizant of your state’s provisions. If the state allows for you to access welfare, follow and meet the conditions to the letter to ensure you qualify.

1 thought on “Can Felons Get Welfare?”

1 thought on “Can Felons Get Welfare?”