Home » Learn » Does Walmart Drug Test? (All What You Need To Know)

With over 4,500 store locations in the U.S alone, 90 percent of the population is within ten miles of a Walmart store. It’s convenient for your shopping needs, and your local store most likely has every item that makes your life more comfortable.

Walmart is a shopper’s paradise, but it also provides employment for 1.6 million people in the U.S. Employees have said that it’s a great place to work as colleagues are friendly and caring. Walmart offers many vacancies as it is a big store, so there’s a good chance they have the type of job you’re looking for.

So, let’s find out more about working at Walmart, including… 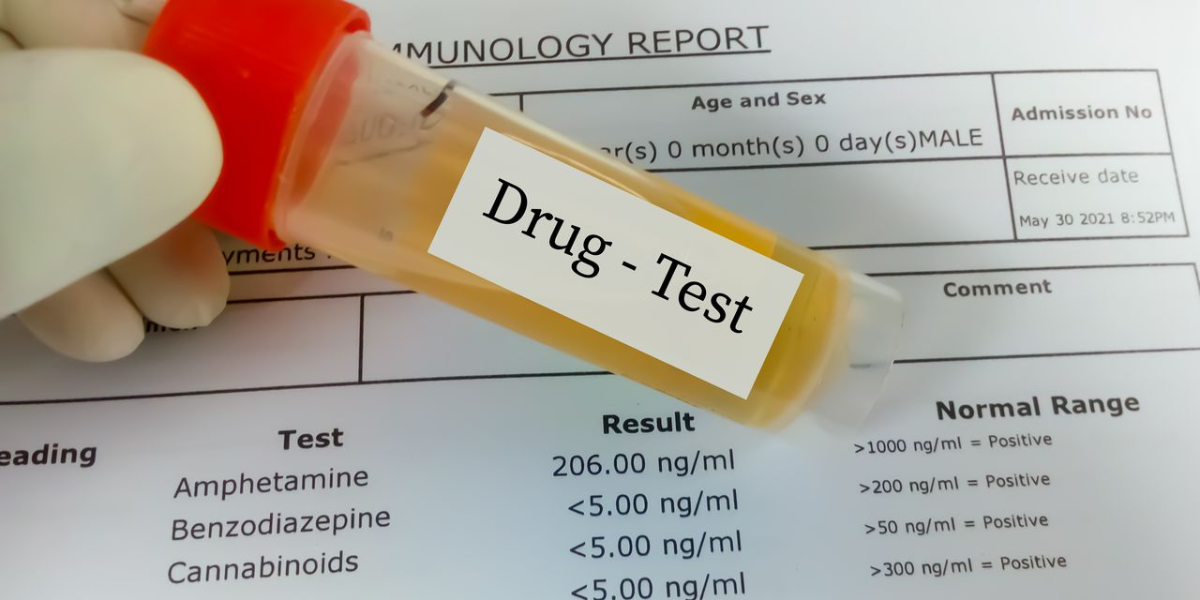 When Does Walmart Do Drug Tests?

Before you accept an offer from Walmart, make sure you find out more about the drug test policy at your local store. Once you start working, Walmart will do random drug tests and post-workplace accident drug tests. While these are random, the company reserves the right to conduct them as part of its drug testing policy. Let’s now find out why it conducts drug tests on its employees.

If you decide to work at the pharmacy, TLE, Deli, or Auto Center, you’ll have to take drug tests due to the strict safety standards. The test is done before your paid Walmart orientation which is made up of a day-long class that introduces company culture and communication skills.

These departments insist on pre-employment testing because the jobs involve operating heavy machinery, working in the deli with knives, and working with drugs in the pharmacy. If you get employed in the firearms department, you’re also most likely required to take a drug test.

You’ll be informed on whether you need to do the pre-employment drug test after your interview. Depending on the store, if you get the job on the day you interview, the test might also be done on the same day.

Other stores will inform you in advance and set a date and time. It all depends on the store and how soon a position needs to be filled. Previous and current Walmart employees have stated that it’s rare for the store to conduct drug tests before orientation.

Just like other corporations, Walmart reserves the right to conduct random drug tests in the interest and safety of its employees. These all take place at the local manager’s discretion. 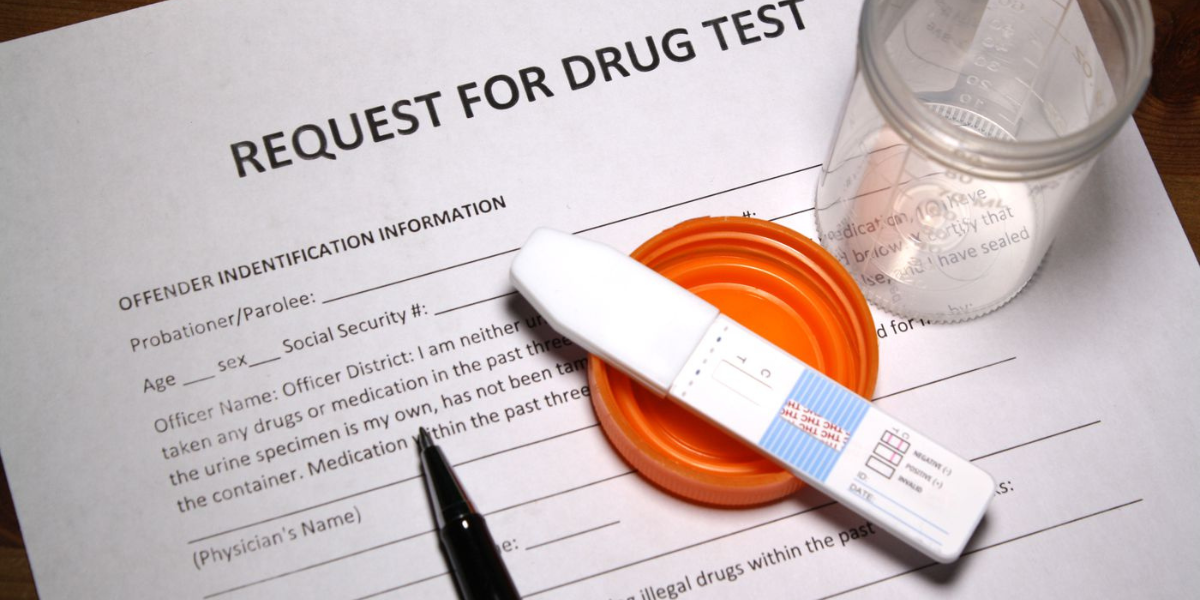 If you’re suspected of using drugs while on the job, you’ll be required to take a test. If your behavior is odd and you show signs of taking drugs, your employers reserve the right to conduct a drug test. Your manager will request that you conduct the drug test, and you’re expected to comply.

You need to take a drug test if you get injured and want to apply for workers’ compensation. As an employee, you can claim a Walmart worker’s compensation which can result in payment for any accident-related medical expenses.

A drug test is required to make sure that you were not the cause of the accident, as well as to keep the workplace safe for all employees.

Does Walmart Drug Test? – The Kind Of Tests They Use 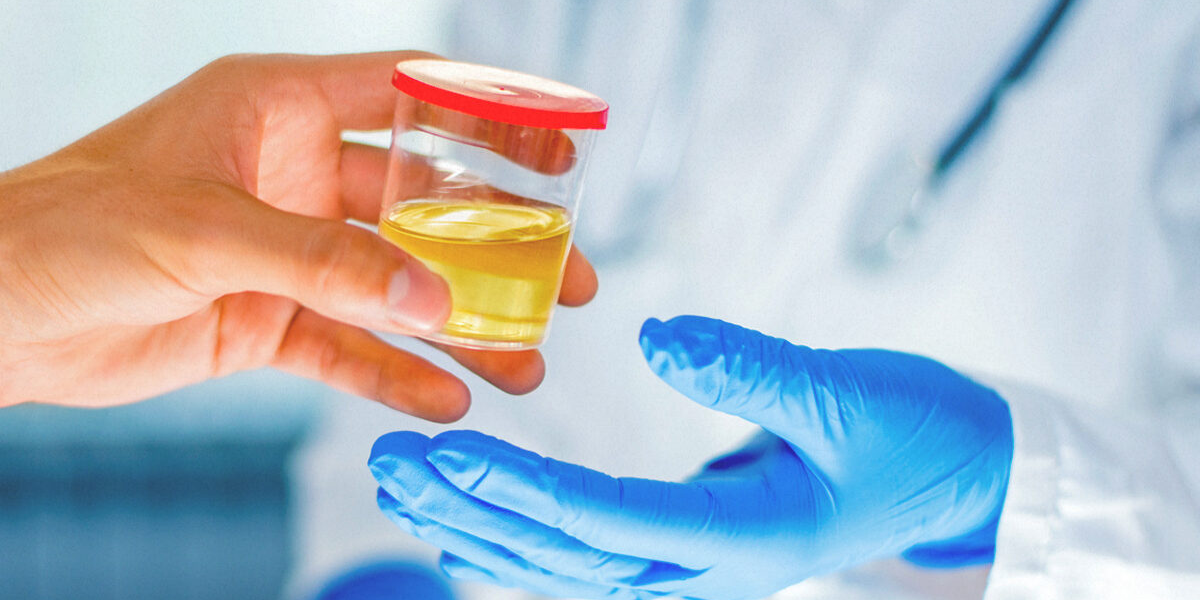 Walmart uses standard urine testing for all drug tests. You’ll be given a cup to use for urine collection, and you should fill it with at least 45 milliliters of urine.

This is done in the bathroom, and during the test, you can’t take anything with you other than the cup. You’ll be asked to empty your pockets and remove your jacket or hat. You’ll also have to leave your bag outside. It’s quite a simple and fast procedure. If you’re suspected of altering your test, it’ll be considered a positive one.

How Long Does It Take for Results to Come Out?

Whether you did the drug tests for pre-employment reasons or are already working for Walmart, the results are available in a day or two. If you’re hoping to work for Walmart, the hiring team might call you in once they receive the results. Then, you’ll have your orientation day.

Is It Possible to Cheat on a Walmart Drug Test?

Simply put, if you know that you’ll test positive for drug use, it’s best to come clean to the hiring team or HR. If you’re able to explain the situation clearly, you can give it your best shot. For example, 36 states recognize marijuana as a medical drug. Some stores are considering modifying their drug policies due to this development.

Cheating on a drug test is almost impossible because test administrators undergo several checks to confirm if the test is negative or positive. The legitimacy of the urine samples includes temperature checks!

What Happens If You Fail Your Drug Test? 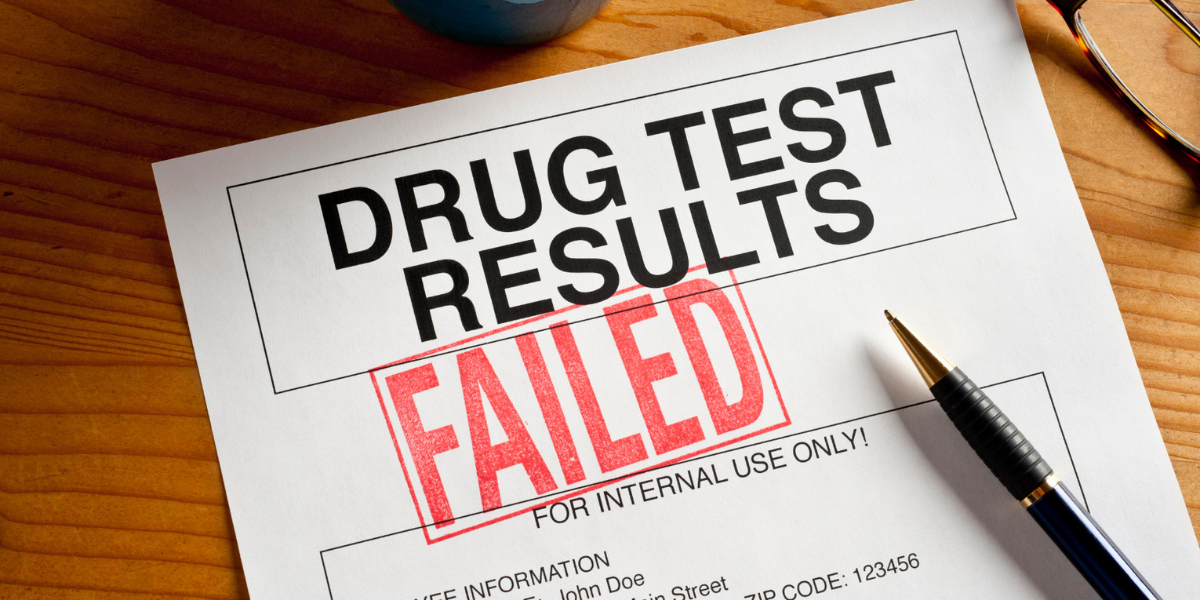 If your drug test comes back positive for a pre-employment test, it’s safe to say you won’t get the job. If the test is positive while you’re already employed, this can lead to termination. There’s also a chance of getting terminated if you fail to complete the drug test at a given time because that is suspicious.

To be on the safe side, you should check out Walmart’s drug testing policy to make sure that you won’t fail. You could also try home drug tests just for that extra guarantee. Walmart offers a range of them at a price range from $6.93 to $35.62.

Get Ready For Your First Day At Walmart!

Make sure you have all the necessary info by checking out the Walmart Dress Code, and for when you’re feeling under the weather, How To Call In Sick At Walmart. I’m sure you’re also curious to know Does Walmart Give Bonuses, or perhaps you’re in school and wondering How Old Do you Have To Be To Work At Walmart in 2022.

Alternatively, if you need more info for your interview, learn more about the company with our in-depth Walmart Vision And Mission Statement Analysis, and once you’re ready, take a look at our guide to the Walmart Application and the most frequently asked Walmart Interview Questions and Walmart Cashier Interview Questions, as well as my Walmart Stocker Job Description to see if the position is the right fit for you.

Or, if you’ve run into some trouble in the past, please check up on Does Walmart Hire Felons before moving forward.

Or, if you’re suspected of taking drugs, your local manager can request that a test is taken. The urine test is simple and fast. It’s difficult to cheat the test as the urine samples go under several checks. Failure to complete the test during an allocated time can result in termination.

Walmart fosters a work culture where everyone feels included, so check out Walmart’s Career Page to see which positions are available in your area.

All the very best with passing your drug test at Walmart! 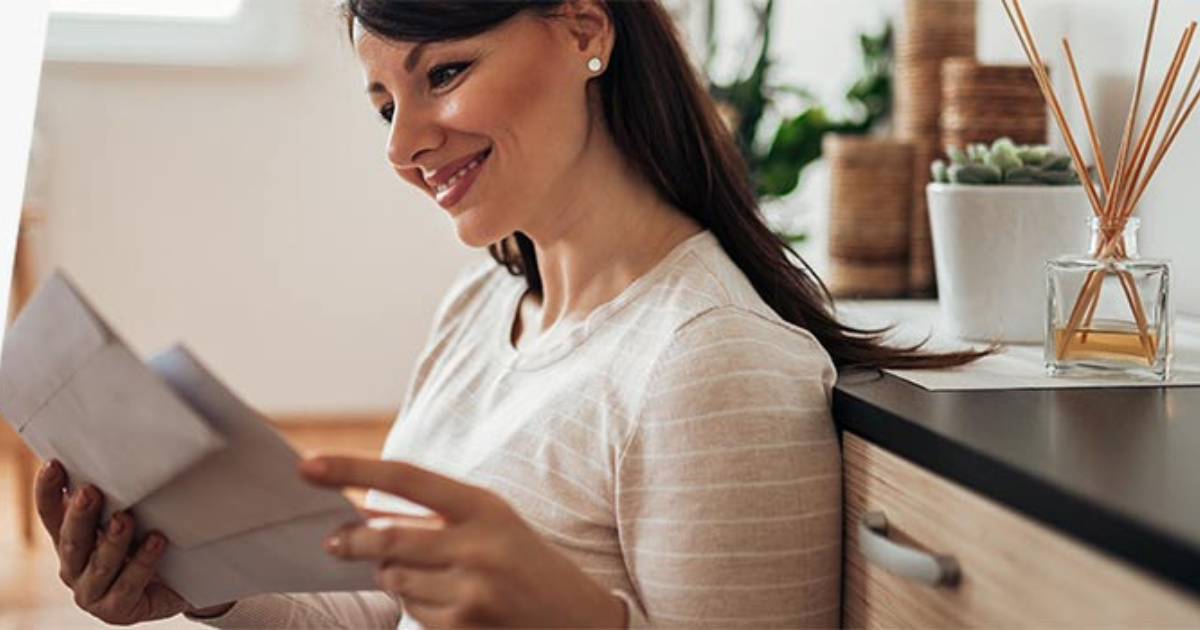 Does USPS Forward IRS and Other Government Mail? 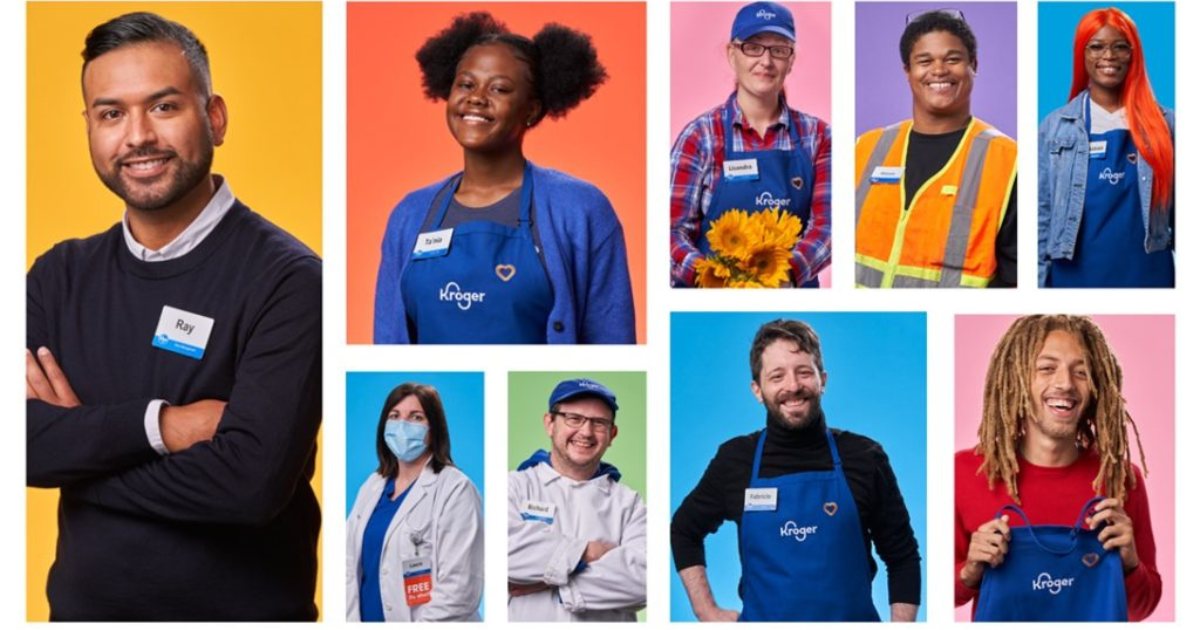 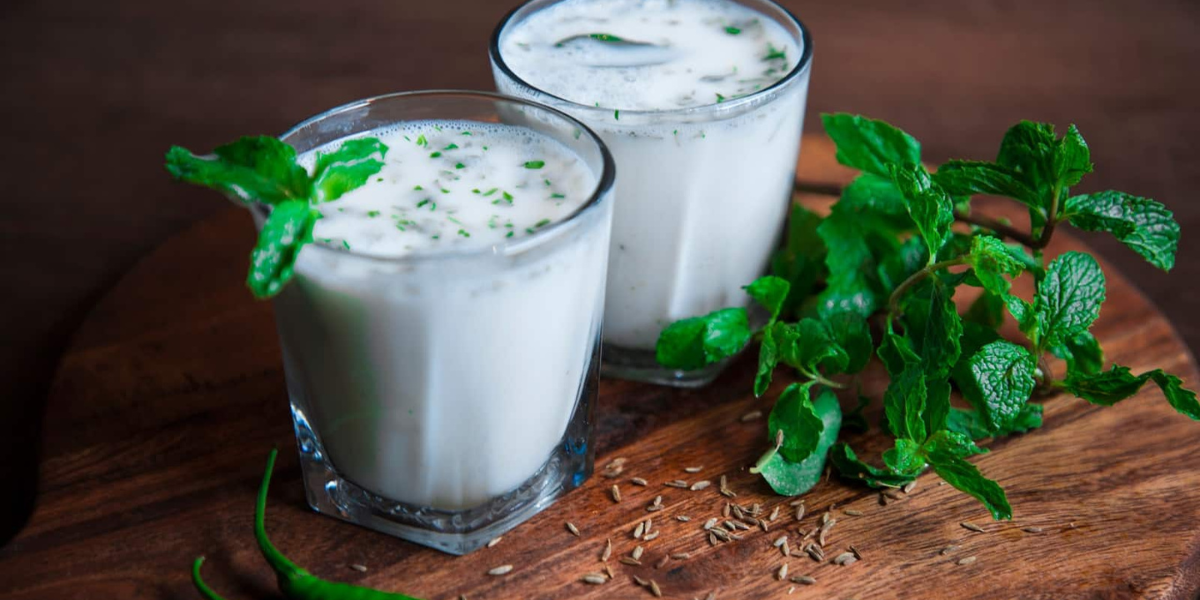 Where Is Buttermilk in Walmart (Full Guide)