If you are thinking about diving into the world of politics and are interested in how the government is run, becoming a politician could be the role for you.

A politician is a public service role in which an individual will have an impact on society. A good one will want to make changes that they believe are right for their community and country. It is a challenging role, often scrutinized by the public; therefore, you must have hard skin and communicate well to be successful.

So, let’s take an in-depth look at How to Become a Politician and what the steps entail.

What Does A Politician Do? 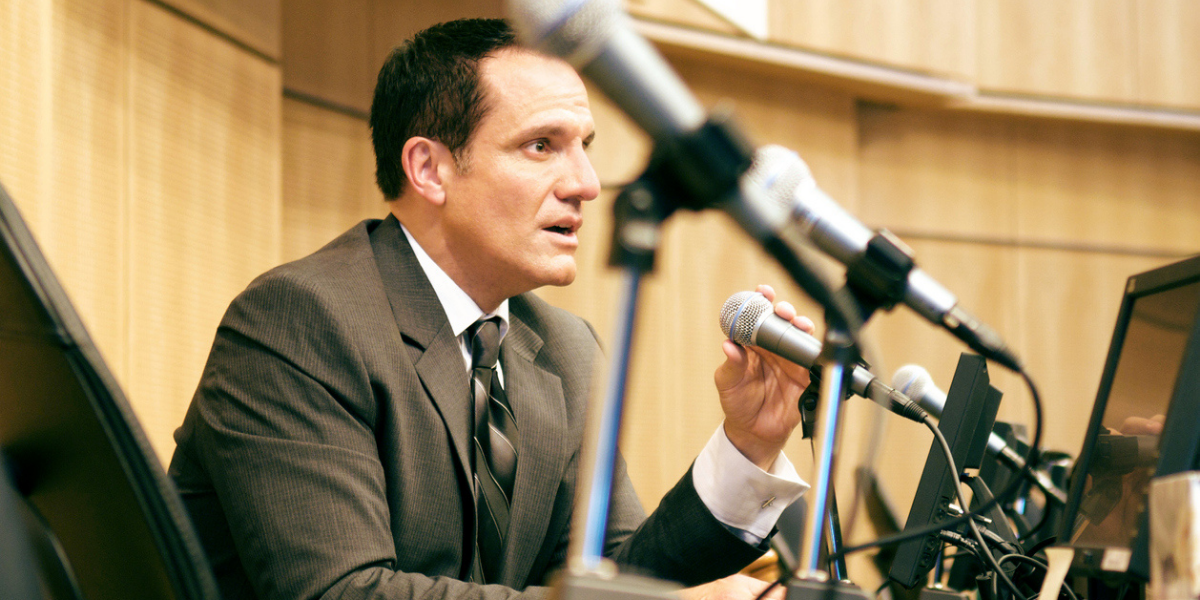 A politician is a professional person who has a say and input in how the government is run. They can work locally, for the state, or on a national level and often spend their careers progressing to the next level. They are usually elected by the public or appointed a position by someone who is already in office.

Politicians propose, support, reject and create laws for the places they govern.

The Duties Of A Politician

Politicians of any level will follow these duties, whether they are national politicians leading a campaign trail for re-election or a local politician who spends more time in the community speaking with ordinary people. They all follow similar duties, just at different scales.

The Average Salary of a Politician 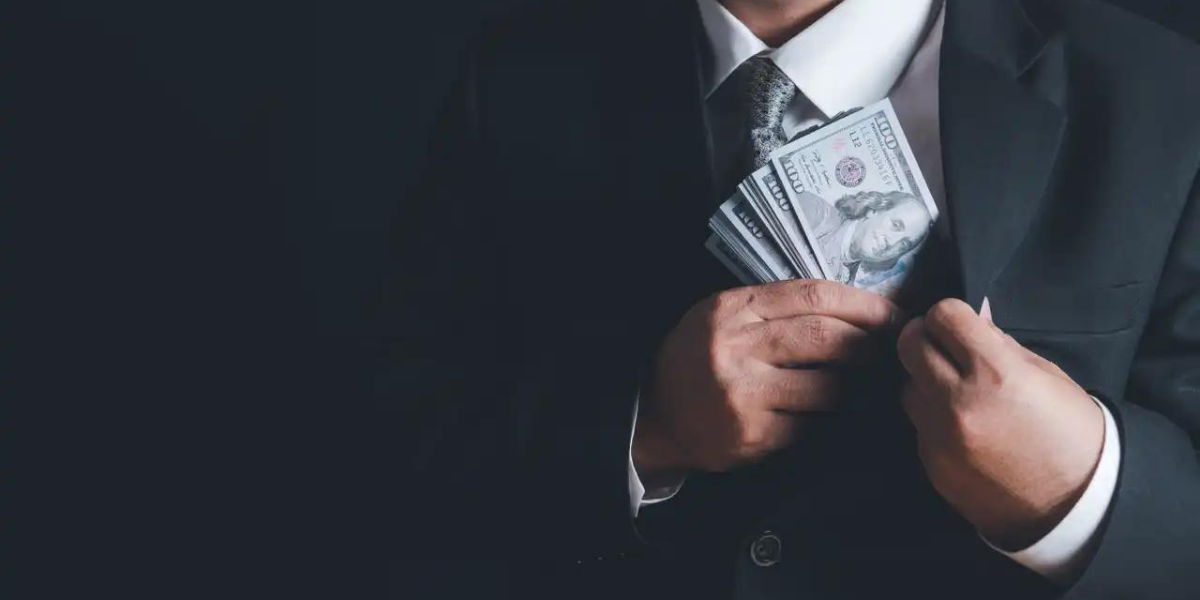 Depending on where you live, and the type of politician you are can cause a difference in salary. Some politicians are on a set yearly wage, while others can change depending on the state they live in and the office they hold.

How To Become A Politician

Politicians must have an education behind them; politics is not an entry-level job; you must be educated about your country and have some basic understanding of laws and procedures. There are several steps to take in order to become a politician. 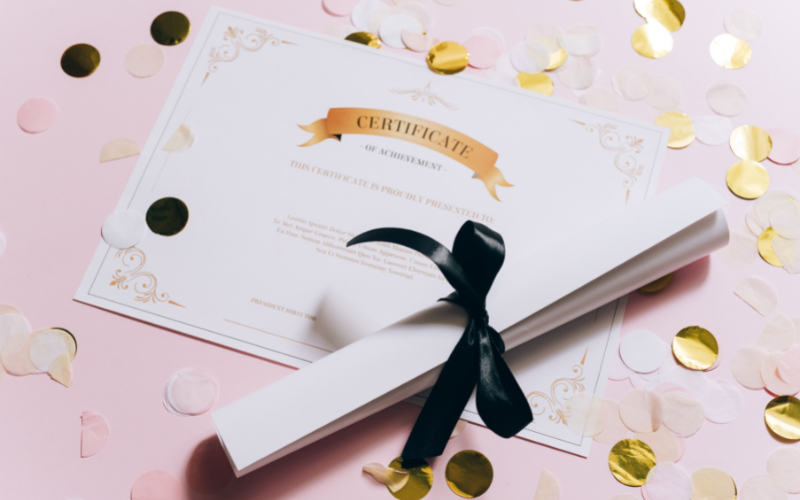 Unfortunately, a degree is pretty essential in this line of work. There is no set-in-stone requirement to have a degree to become a politician, but it will undoubtedly help open doors for you. Common courses to take are political science, economics, international relations, politics, and business are generally good courses to begin pursuing a political career.

Some politicians start their careers in law or business practice and then fall into politics. If you are aiming to be a national politician, it’s wise to have a master’s behind you as an added education bonus.

Get Involved in Politics

Start early! You may have a debate team in your high school where you can create debates on political issues. If you have time, volunteer on weekends at your local community office. Take steps to learn early and shadow professionals.

Not only does this set you up for a career in the future, but it also allows you to see if politics is the right career path for you. If you can, join your chosen political party and watch how things are done. You may even get the opportunity to jump on a campaign trail with a superior.

Is your record spotless?

Becoming active in politics and making a name for yourself is a great way to excel in your career in the future. Remember, though, that you want to be remembered for the right reasons, so keep your reputation tip-top too.

It is important to meet the right people to get your foot in the door. Try arranging meetings or connections with local politicians in your area. Most people are more than willing to help, even if they do have a busy work schedule. You can also use your newfound connections in the political world to see how these politicians build respect and rapport with fellow politicians and the community.

Once you have completed your studies and have the basic knowledge, and learned the ins and outs by shadowing your fellow politicians, it’s time to put your knowledge into play. You must get out there and campaign.

Get yourself well known in your community and keep a good reputation. Choose a local position that suits you before trying to jump straight to the top. Gain experience at that level and work your way up to bigger and better things.

Once you are confident in your abilities and have performed well at a local level, it may be time to expand your horizons and prepare for a higher-level position.

This process can take years and is truly only worth it if that’s what your career goal as a politician is. You must ensure you have a reliable campaign team, a clear political goal, and an excellent marketing strategy. You will also need funding for your campaign for it to be successful and have support from people backing and fighting your cause. 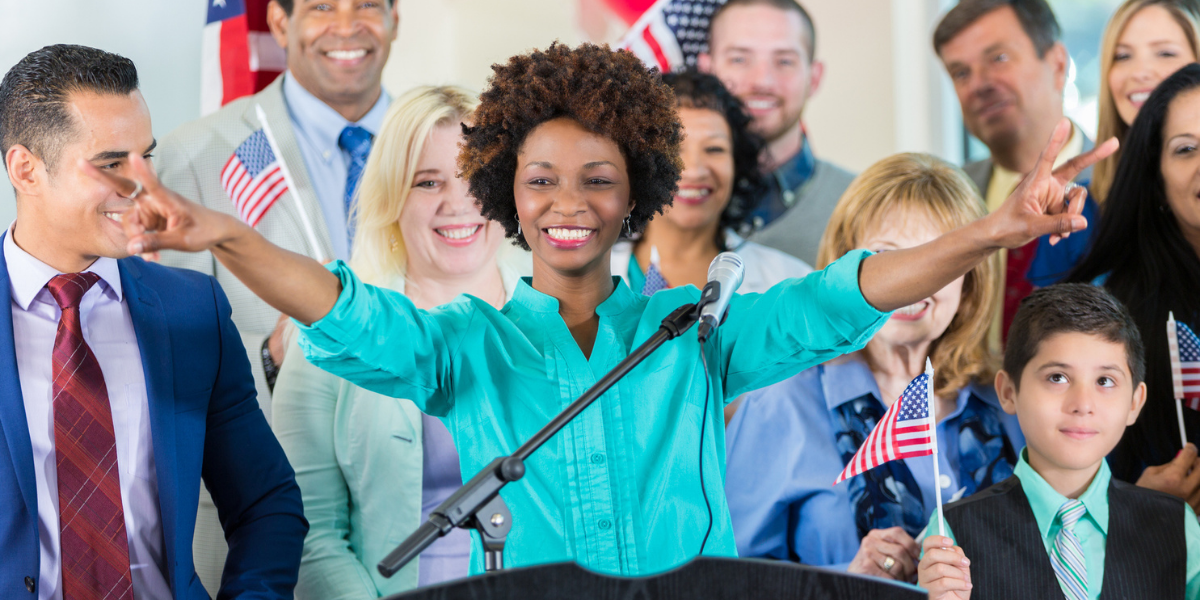 Finally, once all the hard work and preparation are complete, now it’s time to run the campaign. To be elected as a politician, you will have to make speeches, connect with the public, and have your face seen and voice heard on the radio, TV stations, and social media.

You must also explain your goals and objectives as a politician and be clear on where you stand. If your campaign is a success, you will be elected into office and serve as a politician.

The Different Types Of Politicians

Politicians in the US can work in legislative, executive, and judicial sections of the government. Usually, politicians are aligned with a political party such as Democrats or Republicans, which then helps them connect with their voters. Depending on the office they are in charge of, some politicians work part-time along with another job. Others work full-time and are known as career politicians.

City councilors or aldermen work on a local level to control the city’s budgets and develop laws that ensure the needs of the community are met. They often focus on improving community issues such as public services and working alongside local schools. Councilors may have expertise in specific sectors such as education, housing, or transportation. 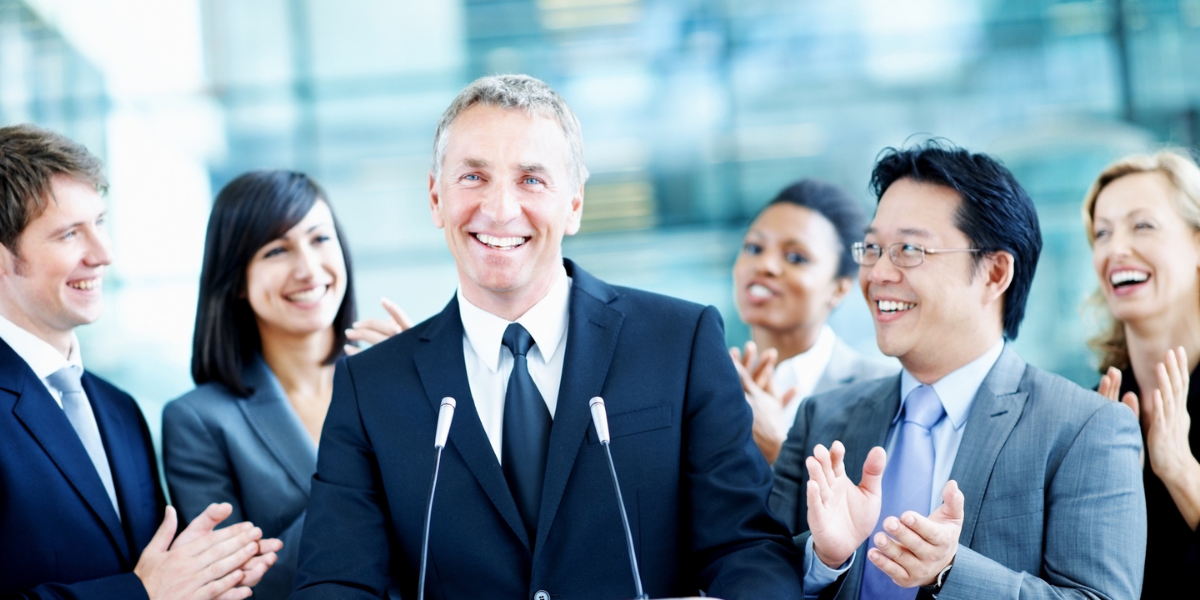 Mayors are usually head of the city and are a part of the city councilor general commission. Some cities elect a mayor separately, while others allow the councilor to appoint the mayor on a rotation basis. Mayors oversee city planning and the city’s administration.

This is the highest-ranking official of a state’s government. They collaborate with state legislators to make changes to the law. They are also in charge of distributing funds and have the power to appoint judges. Governors are chosen by the President of the United States and work under the president.

Representatives are voted through a democratic process by citizens of the country. They make laws, interact with constituents, and participate in debates and interviews to explain and promote their positions.

As most people know, a president is the highest elected office in the United States. The president is in charge of the military and approves veto laws. Politicians who are pursuing a role in the presidency may be able to meet with leaders from other countries and meet elected officials. They work alongside congress to meet policy goals and work together to run the country.

So, You’ve Decided On A Career In Politics?

Well, I found these insightful guides on politics just for you! So, let’s start with Political Science Basics: An Introduction to American Government, along with the Empirical Research and Writing: A Political Science Student’s Practical Guide and The Politics Book: Big Ideas Simply Explained, available online in 2022.

Of course, we’re not done! Check out The Oxford Handbook of Political Science, the ever-popular Political Science For Dummies, or perhaps the intriguing, One Damn Thing After Another: Memoirs of an Attorney General, and What You Should Know About Politics . . . But Don’t, Fourth Edition: A Nonpartisan Guide to the Issues That Matter.

Great debating skills are crucial in politics, so why not make it interesting with The Color of Law – A Forgotten History of How Our Government Segregated America, or my favorite, A People’s History of the United States, and finally, The Economist’s View of the World: And the Quest for Well-Being, After the Fall: Being American in the World We’ve Made, also available online today.

How To Become A Politician – Final Thoughts

If you want to pursue a career in politics, it is wise to build the foundations first. You can do this by earning your degree as well as volunteering and throwing yourself into local politics in your area.

As you can see, it’s a long career, and if the presidency is the final goal, it takes a long time. Patience is key. The youngest President of the USA was Theodore Roosevelt, who stood in office at 42 years old.

Remember, it is important to keep your reputation clean, and you will have to live a life in the public eye.

So, what are you waiting for? Get out there and change the world! 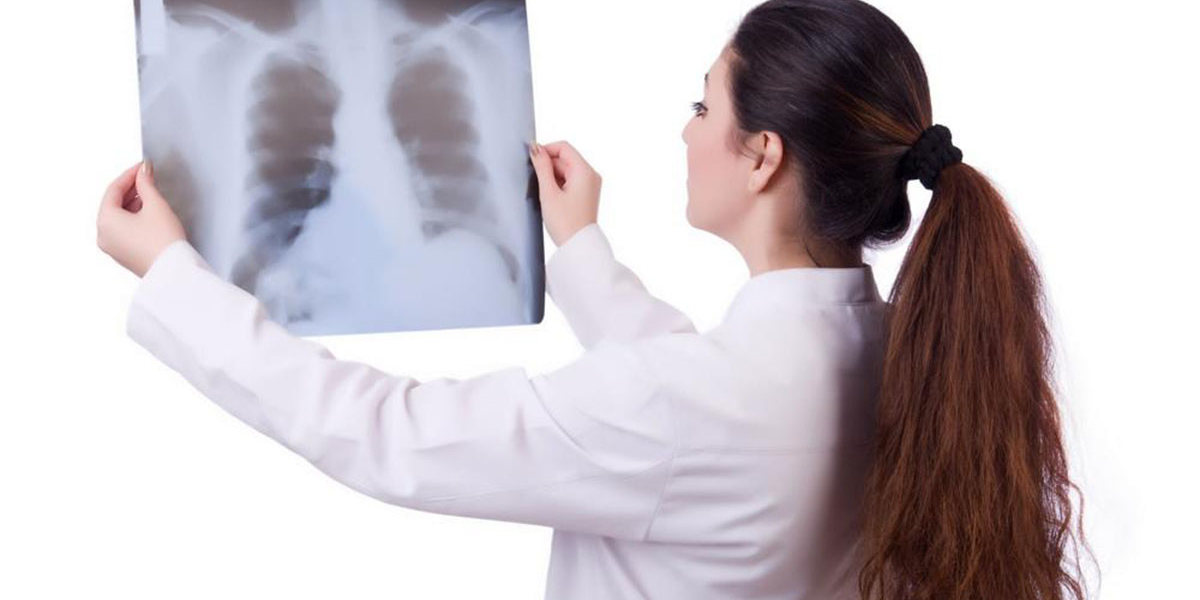 How to Become a Respiratory Therapist (Best Ultimate Guide) 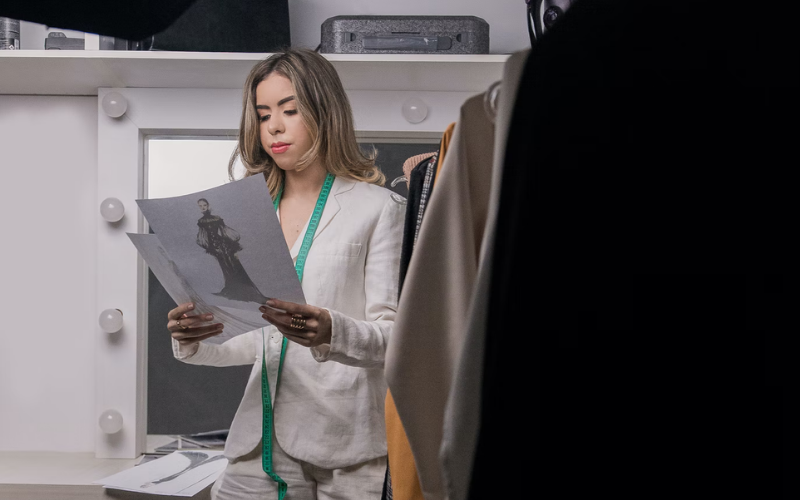 How to Become a Virtual Stylist? 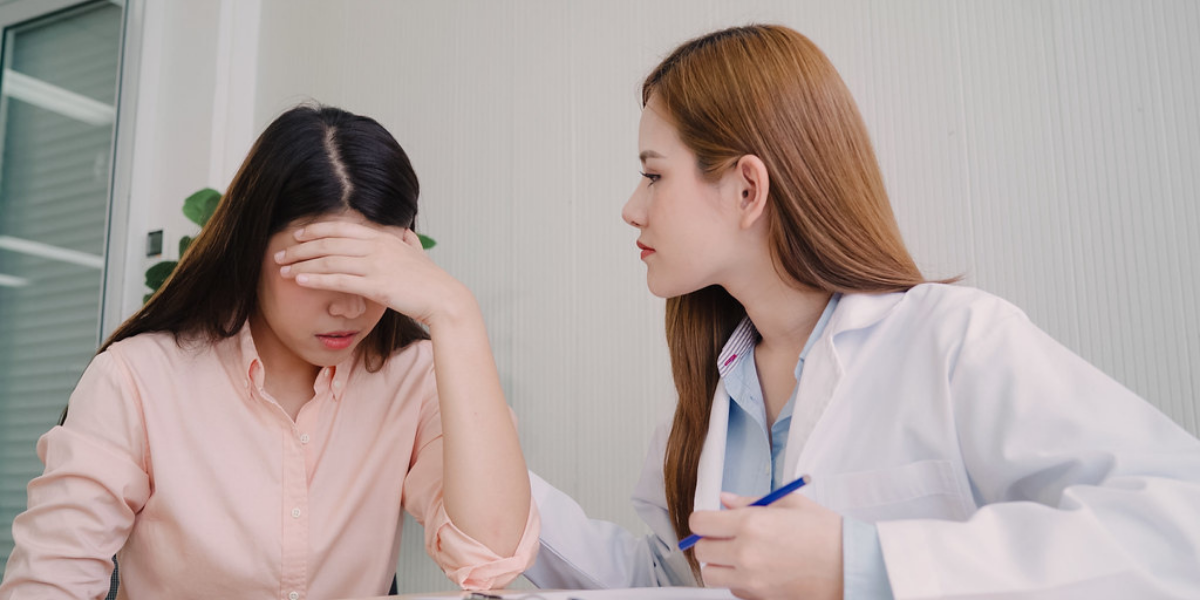 How to Become a Psychologist (Step By Step Guide)