Home » Advice » Meaning of Terminated vs Laid Off vs Fired

It can be a harrowing time; whether you have been dismissed, had your contract terminated, or been laid off, it can never be said to be the happiest of times.

The job search begins, and you’ve got to go through all that again. But it could be different this time. What do you tell a prospective employer why you are applying to them? Because you will have to talk about your previous job in your next interview.

So let’s take an in-depth look at the meaning of terminated as opposed to being laid off or fired so that you know exactly what to and, most importantly, what NOT to say. 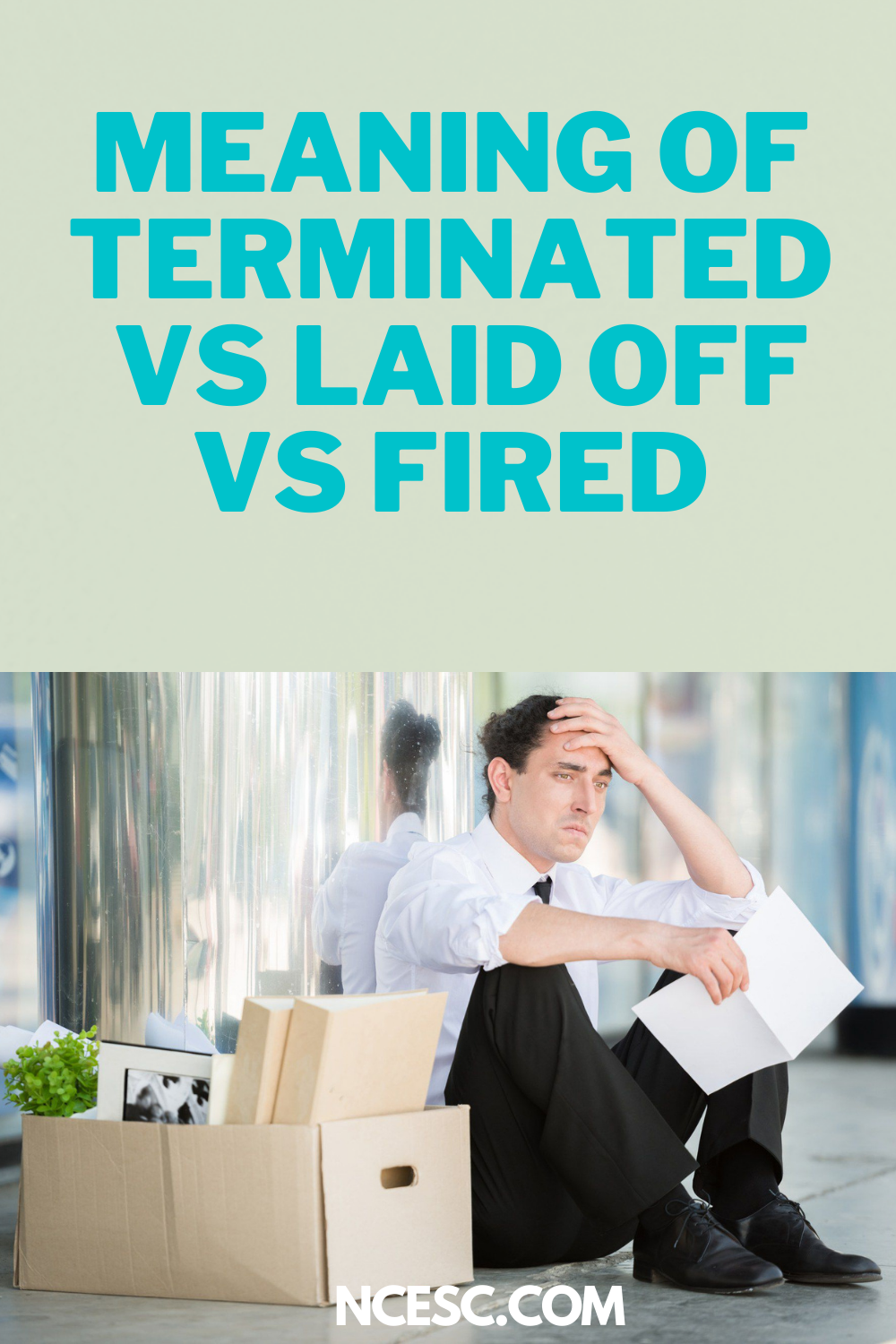 At the very outset of this discussion, a problem arises. That problem is in terminology. Some people have deliberately used one term instead of another. This is to not disclose a potential problem in their previous employment.

The result of that is that the lines between the distinctions of the real meanings have become blurred. If you were fired, you are not ‘laid off.’ Some may say that is ok. It isn’t. Even some employment experts say that you should be ‘economical with the truth.’ However, if you want dishonesty about employment or dismissal status, then I am afraid I won’t be covering that. 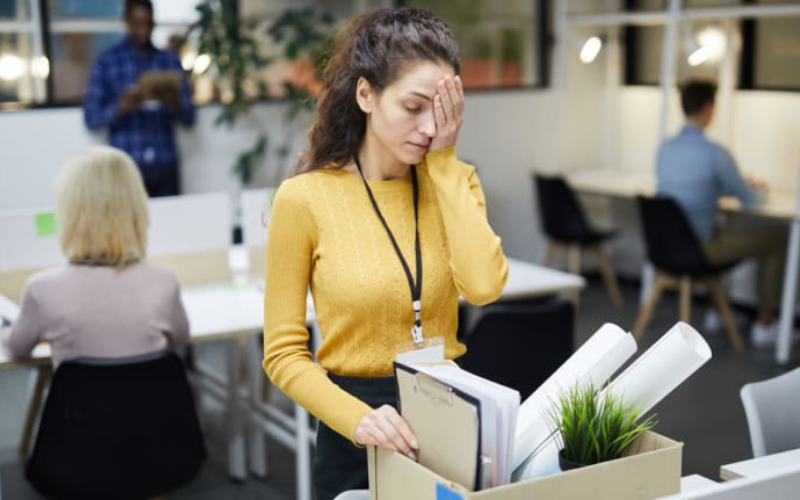 This simply refers to the end of an employee’s work with the company. This can be classified into three formal categories:

End of a formal contract for a task

The employee was hired to undertake a fixed task, and that task has been completed.

End of a formal contract for a specific reason

The employee was hired for a fixed amount of time to help with work overload, and the backlog has been cleared.

An open-ended contract that is no longer required

A further possibility is that there was a longer contract which was open-ended but the company now no longer needs the staff.

The terminology also means that if you were fired, then that could fall under this banner. And so could being laid off. In both cases, the employment has technically been terminated. The inferences, though, are different, and strictly speaking, termination of a contract should not suggest disciplinary problems of any kind.

But what about if you quit?

That could also be considered a termination of the contract even though it was initiated by you. The lines are blurred, and some use that to their advantage.

Not much grey area in this one. The company has terminated your employment. This might be for many reasons, including:

There could be dozens of reasons. But the result is that they have dismissed you. This is a situation that will personally apply to you and may not be easy to handle at future job interviews. But trying to conceal it, ‘sugar coat’ it, or hide it away isn’t the solution. I will come back to this because it’s not the end of the world. 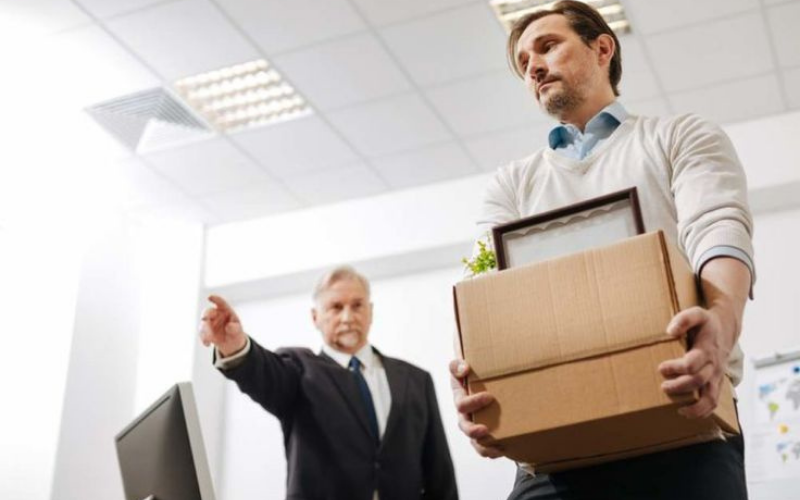 Again this is an easier situation to determine. The description of being laid off can fall into different categories:

This isn’t the result of anything you did and will typically involve all of the workforce in the worst scenario or a good number of them. Having said that, there is a question to answer.

Can You Be Laid Off For Poor Performance?

If you look at that question logically, then the answer may well be yes; you can. In all of the examples, I listed above, except one, that could be the case. When companies are bought out, or departments trimmed, or maybe financial restructuring is taking place, they are going to look closely. Maybe they feel they only need to lose one member of staff.

All staff will come under that scrutiny, and if you have not been performing well, then it may be you. But are you going to know it was for poor performance? Possibly not; they will lay off any poor performers and just say ‘laid off. Sometimes it is used as an excuse by companies to fire a person.

If you really want to know what the real situation is, there are a few clues you can pick up on.

You’re Gone, Does Any Of This Matter? 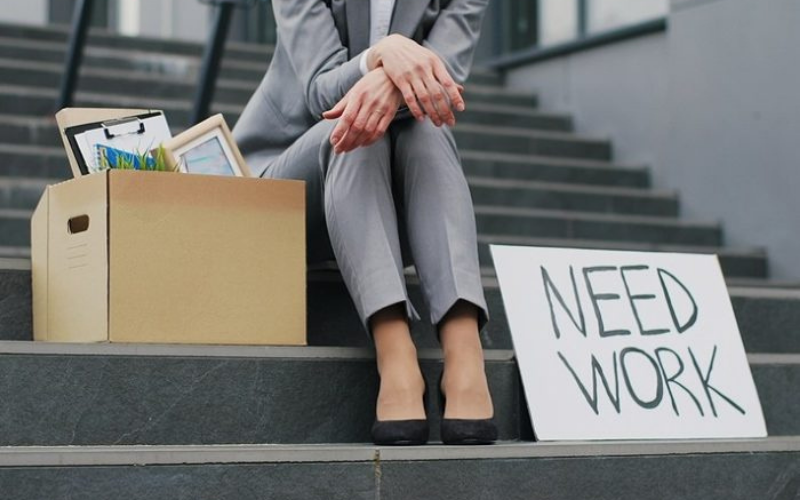 How will you explain your status to a potential employer?

As I have already said, lying about it is a no-go area as far as I am concerned. This is because any potential future employers are going to quiz you at an interview. They have experienced interviewers who will be looking for things that do not stack up. You are out of, or soon to be, out of work. They will want to know why.

They may well be aware of redundancies being made at your company or have no inkling at all. These things tend to leak out quite quickly. If they have heard or read nothing, that won’t add up.

They are almost certainly going to ask for one from your company. The majority of companies will contact previous employers and do background checks. You may get through the interview by being very guarded and clever if you choose not to be honest with them.

But you won’t survive the reference if you have been fired or let go for poor performance. But what is the legal position?

Can An Employer Disclose You Were Dismissed?

There are many confusing statements regarding this. Some say they can’t for a variety of reasons. However, the reality is that employers can legally inform another prospective employer that you were terminated. Whether that be let go, laid off, or any other way you want to describe it. They are allowed to share their reasons in writing as well.

It is common for two HR departments in different companies to discuss individuals on the phone. They can then go through the matter with nothing in writing if the issue is sensitive. Therefore, not being honest about your reasons could see you fall flat on your face.

What About Employer Dishonesty?

In that situation, if they write something untrue, or you suspect they have, you can sue them for defamation of character. Mind you; the onus will be on you to prove it.

Explaining Your Circumstance To A Potential New Employer

I mentioned earlier about it not being the end of the world if you have been fired. It could be for poor performance, but it could be for other reasons as well. Whatever the reason, the best way to handle a potential employer is, to be honest.

Be Prepared for the Question at the Interview

You are certain to get it, and you could try this approach.

At least this will give you a fighting chance of overcoming the problem. 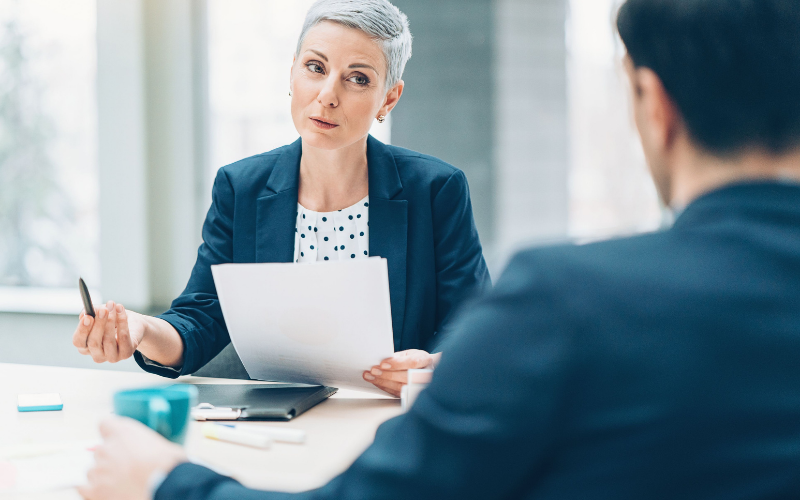 Don’t Dwell On It

We all make mistakes, so don’t dwell on your termination or firing and let it bring you down. Being truthful is always the best policy. And once you have told them, move on quickly to all the positives you have to offer.

I think it is fair to say that most of us will lose a job at some point in our careers. But many go on to make successes in other areas with other companies. How you come across and explain things at the interview will carry weight.

As I have already pointed out, this is a very grey area. But as long as you are honest about how you see the situation, there can’t be any comebacks. They may not choose to employ you for some reason. But you haven’t blown it yourself.

Companies will fully understand that situation. They may even sympathize with you. It is not a good situation when you lose your job, and it has nothing to do with you. However, make sure that is the reason, and don’t try to pretend that you were laid off when you were fired. They will find out.

It is quite likely you will have been given a letter saying that you have been laid off for whatever reason. If it is for poor performance, the letter will not say so. It will be more like to give as the reason:

In that case, even if you suspect it may have been something to do with you, you have it in writing to show at an interview.

There are two many risks involved in not laying your cards on the table. Most interviewers will show a little sympathy if you appear to be honest. Don’t glorify it or blame others; just tell them and show them you have moved on.

And when you go for your interview, make sure your attitude and your demeanor are professional. First impressions count a lot. A quality briefcase always gives the right impression; I recommend the Tassia Luxury Leather Executive Case Attache Briefcase, as will a nice pen, such as the Parker IM Fountain Pen.

And don’t arrive at the interview having got soaked through; that’s not the impression you want to create, all things considered. So, get yourself the Lilyxin Premium Automatic Compact Umbrella Windproof to at least take one thing off your mind.

Don’t worry; we’ve done the research for you and found some great guides such as the Unstoppable Self Confidence, The Self Confidence Workbook, and You Are a Badass: How to Stop Doubting Your Greatness and Start Living an Awesome Life, all available online in 2023.

As well as The Confidence Code: The Science and Art of Self-Assurance, Self-Confidence Strategies for Women, and finally The Confidence Gap: A Guide to Overcoming Fear and Self-Doubt for really boosting that self-confidence

And that’s not all, work on your self-esteem by taking a look at Self-Esteem: A Proven Program of Cognitive Techniques for Assessing, Improving, and Maintaining Your Self-Esteem, Get Out of Your Head, the Get Out of Your Own Way: Overcoming Self-Defeating Behavior, the Unfu*k Yourself: Get Out of Your Head and into Your Life, and Stop Overthinking: 23 Techniques to Relieve Stress, Stop Negative Spirals, Declutter Your Mind also available online today.

What matters is now, not what has happened in the past. If you have made mistakes, learn from them. If you need to, try and make sure you discuss the positive things with your interviewer.

And the focus needs to be on what you can bring to the company, not what happened in the past.

All the very best with your future endeavors! 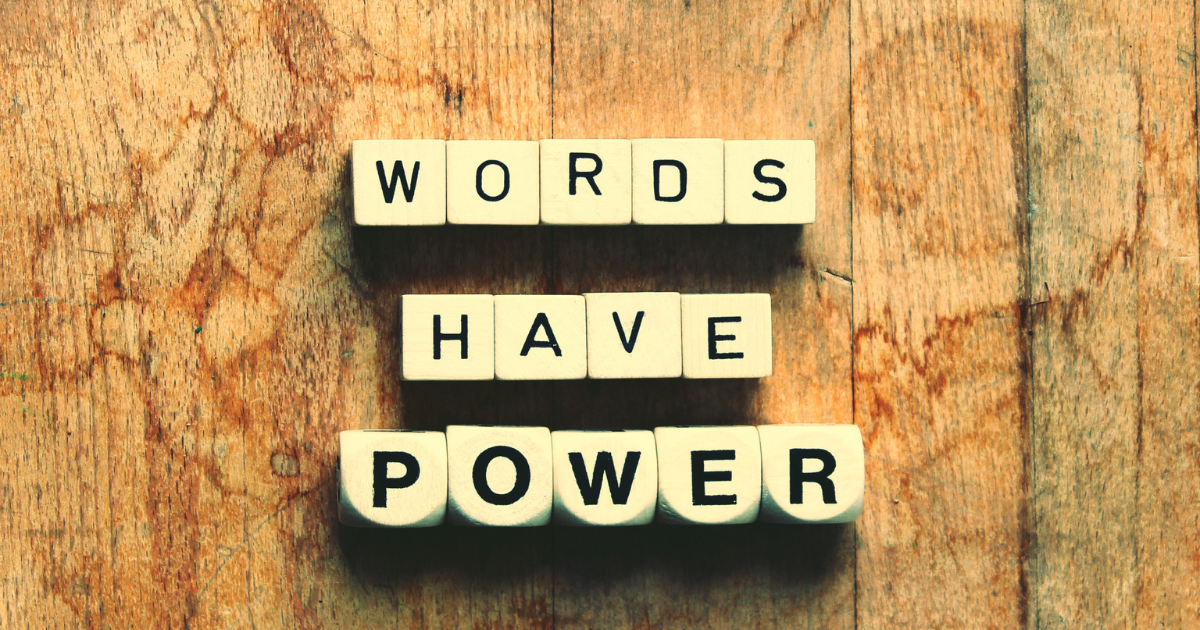 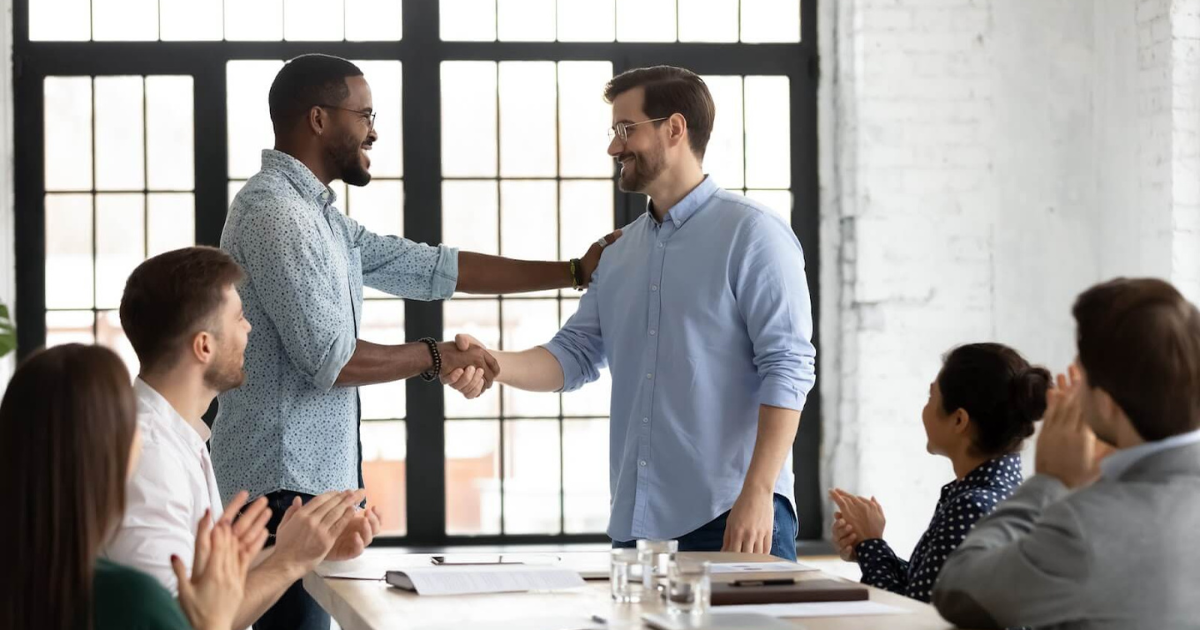 Ways to Say I Appreciate You 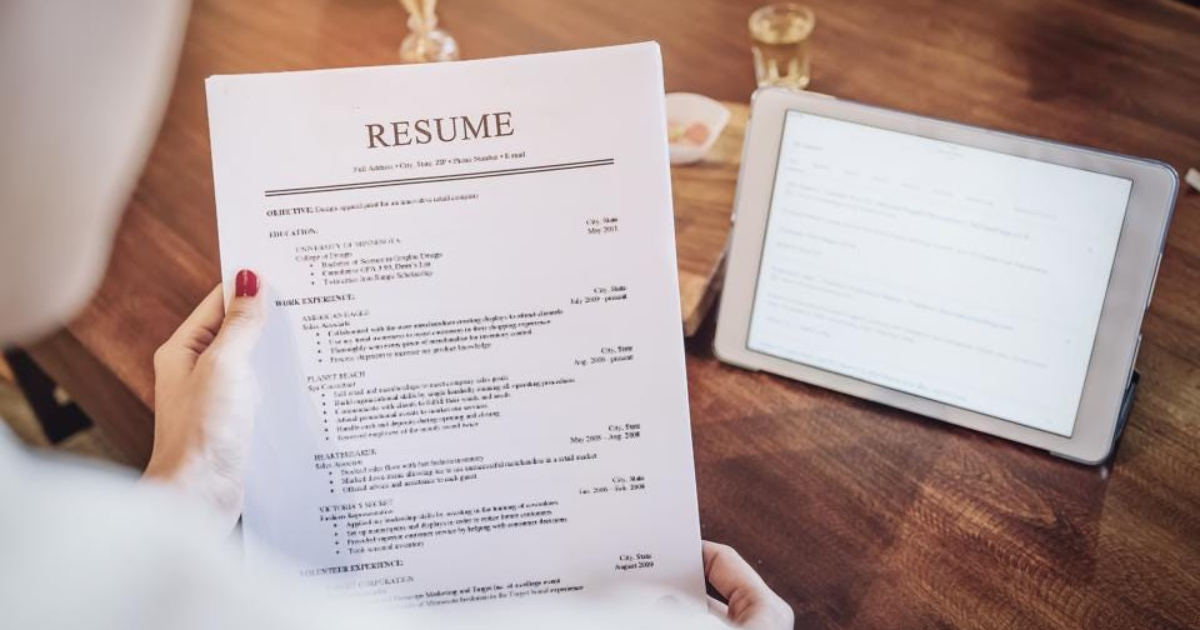 How to Spell Resume?