As many may know, Elon Musk is currently the world’s richest man, surpassing Jeff Bezos and Mark Zuckerberg, along with everyone else.

He is also the name and face that people associate with Tesla Inc. However, this company has quite a few noteworthy names associated with it. As stated on their home page, “Tesla’s mission is to accelerate the world’s transition to sustainable energy.” As we dive into all things Tesla, it becomes all too clear why this company will, in likelihood, survive and thrive for centuries to come.

So, let’s take an in-depth look at the Tesla Mission and Vision Statement Analysis and find out what this fascinating company is all about! 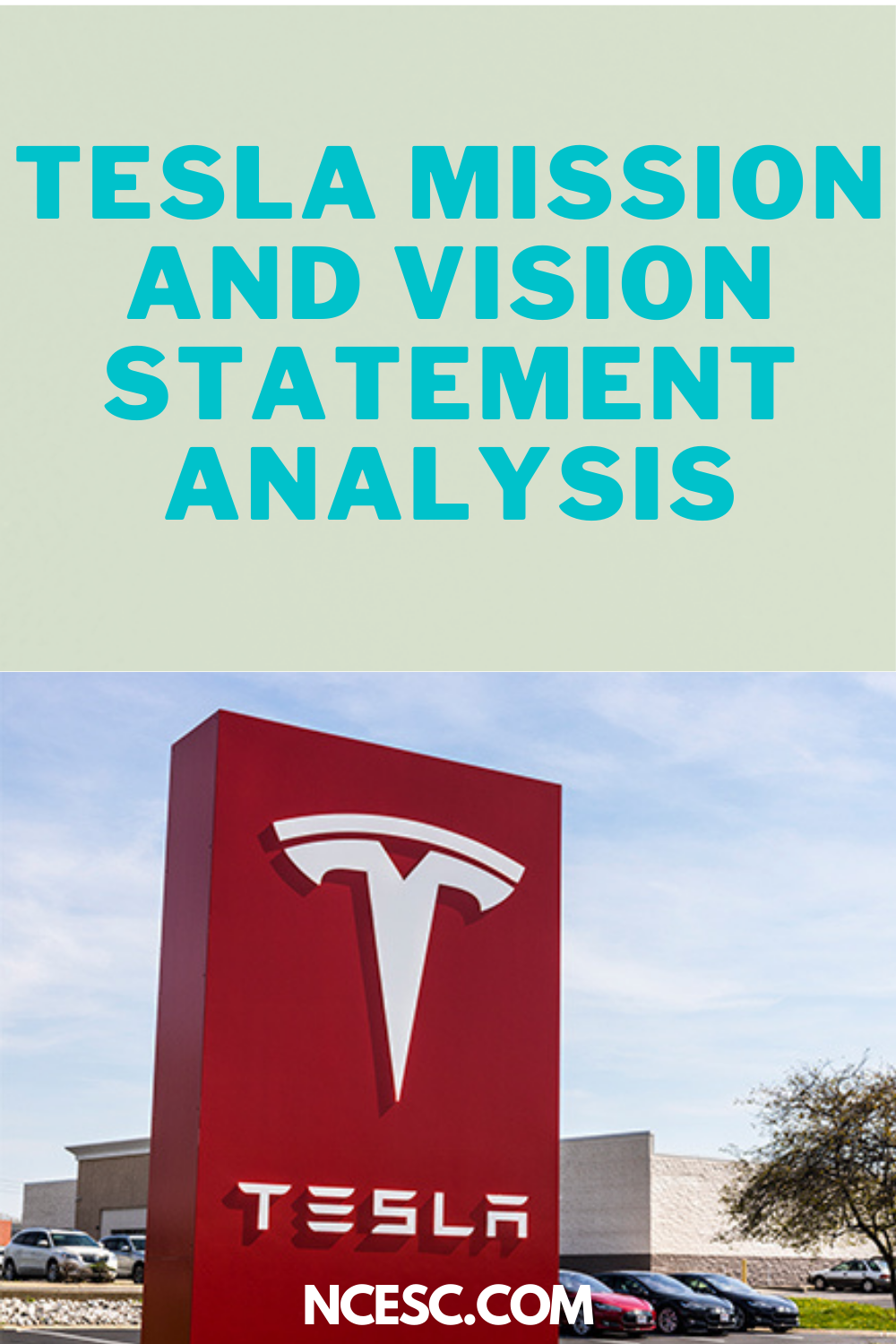 Nikola Tesla was one of the world’s most brilliant inventors, and the fact that he was not credited or celebrated for his works during his life is one of the most tragic stories in the world of technology.

It is said that his concepts are still used in modern electric inventions even today. It, therefore, only made sense to name Tesla Inc, formerly known as Tesla Motors, after the brilliant mind. Tesla was founded by a group of engineers-turned-entrepreneurs Marc Tarpenning and Martin Eberhard, although Elon Musk provided the bulk of the funding and secured his seat as chairman in 2004.

The make or break point…

There came a make-or-break point for the company as a recession crept into the United States in 2008. The founders of the company decided to leave their positions in the company to pursue other lucrative projects. However, Musk stayed put and took over as the CEO. The PayPal creator persevered in his strategy to turn the company into a success. 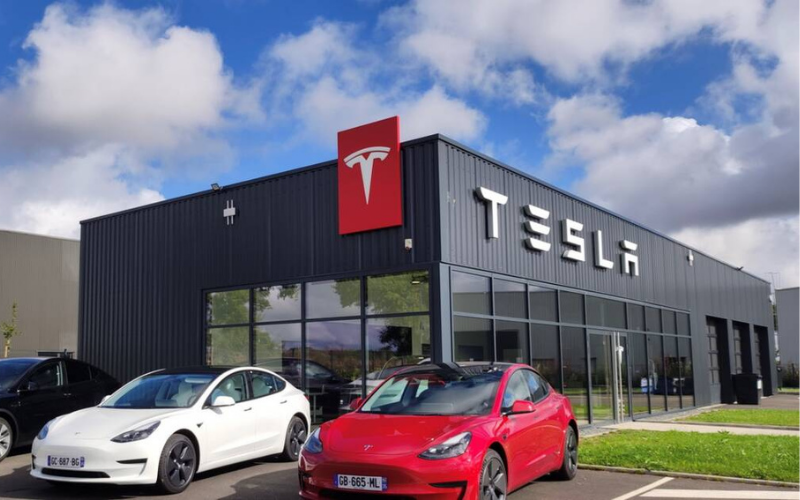 Tesla’s main endeavor is to promote the use of renewable energy used to power cars. Not only are they successfully producing electric cars, but have advanced technology in the manufacturing of solar panels and specialized batteries that would keep them running for longer.

Essentially, the aim is to move away from the traditional use of fossil fuels and to rely on greener sources. The first electric car to make it to the public market in 2008 was the Roadster. It set new records, achieving 245 miles on a single charge, and would not require any fuel.

The car was able to match the performance of other fuel-driven cars of the same caliber and specifications, with better materials and no carbon emissions. Within two years, Tesla’s available stock options had raised over $220 million.

After the Roadster’s sports car design, it was time to appeal to the masses. Tesla released the sedan, Model S, and the sports car crossover Model X, in 2012 and 2015, respectively. This made Tesla cars a household name.

Prices for the working man…

More customers support the idea of greener living and fewer carbon emissions. Unfortunately, these cars are still considered luxury vehicles and not affordable to all.

The demand for options to be made available to the middle-class families of the United States inspired the four-door sedan, the Model-3. Priced at roughly a third of the price of the original Roadster, this would go on to be a best-seller among electric cars.

Of course, with solar panels on the roof and powerful batteries, Tesla vehicles could make exceptional distances without needing a power-up. However, the thought of plugging your car into an outlet at home, charging on the power that may very well be generated using fossil fuels, posed the looming threat of “redundancy.”

Naturally, Tesla expanded their offering to solar systems that could recharge batteries at home. Batteries were modified to store additional power if colder and cloudy conditions hindered daily charging. As Tesla Motors changed its official name to Tesla Inc, it was clear that cars were not the only avenue the company wished to pursue.

Since the name change in 2017, more models were introduced to spoil consumers for choice, and newer models are planned for the next decade to come. Along with these introductions, residential homes and corporate businesses alike can make use of Tesla’s solar power products, including actual roof tiles that generate solar energy!

Tesla cars are available on most continents except for Africa.

The vision for Tesla is to keep it at the forefront of driving in the 21st century. These vehicles are deemed some of the safest cars in the world, producing little to no carbon footprint, and sporting the latest in auto-pilot technology.

To maintain what is referred to as the “energy ecosystem,” Tesla is continuously improving on their offering of vehicles and products that promote the use of alternative energy sources in place of fossil fuels.

The main goal is to move the world to “clean transport and energy” while maintaining the highest quality and safety standards and optimizing performance. It is said that Tesla Semis will soon take over traditional fuel trucks, cutting down on what is considered one of the main contributors to pollution. 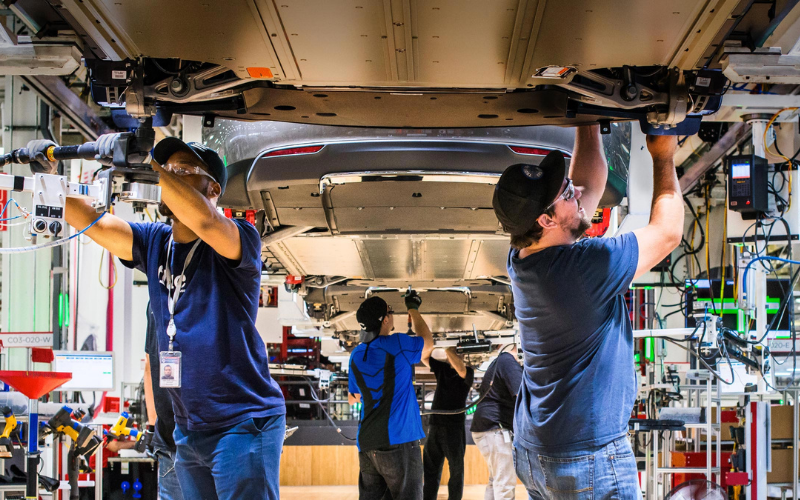 The body corporate of the company includes hand-picked members with the sole purpose of making key decisions that will ensure that the company remains profitable, protecting the investments of their shareholders – this multi-billion-dollar company has yet to disappoint!

A strict code of business ethics was implemented to promote integrity and respect for all in the workplace. In this same fashion, data handling and consumer information are taken extremely seriously, yet the company thrives on professional transparency.

Last but not least, fair compensation is a core value of Tesla. Given the unfortunate historical liberties taken with Nikola Tesla’s work by those who swindled him, the company will never allow an employee of a company established in his name to be taken advantage of.

Of course, everyone knows Elon Musk, especially with the numerous selection of books online about the man himself! We recommend reading The Biography of Elon Musk, Elon Musk: The Unauthorized Autobiography, Elon Musk: Tesla, SpaceX, and the Quest for a Fantastic Future, or the excellent Power Play: Tesla, Elon Musk, and the Bet of the Century.

If you’d like to read about the ‘Tesla Car,’ then check out the Tesla Guide: The Missing User Manual, the Insane Mode: How Elon Musk’s Tesla Sparked an Electric Revolution to End the Age of Oil, or even the 100 Cars That Changed the World: The Designs, Engines, and Technologies That Drive Our Imaginations, and Electric Cars: The Ultimate Guide for Understanding the Electric Car And What You Need to Know, all available online in 2022.

The Tesla slogan was revised in 2009 and set as “Ride Free.” However, the company has a very minimalist brand image and does not necessarily use taglines or slogans in its advertising.

If they do, it is usually created for each campaign respective. The company is partial to using mild profanity that is subtle enough to pass the “polite” check yet relatable to most of its consumers. For example, The Tesla Semi is often shown with the tagline “Badass Performance.” 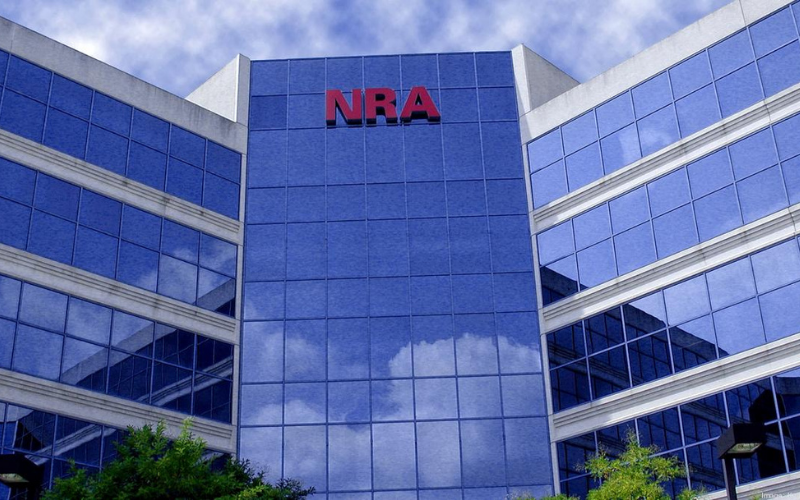 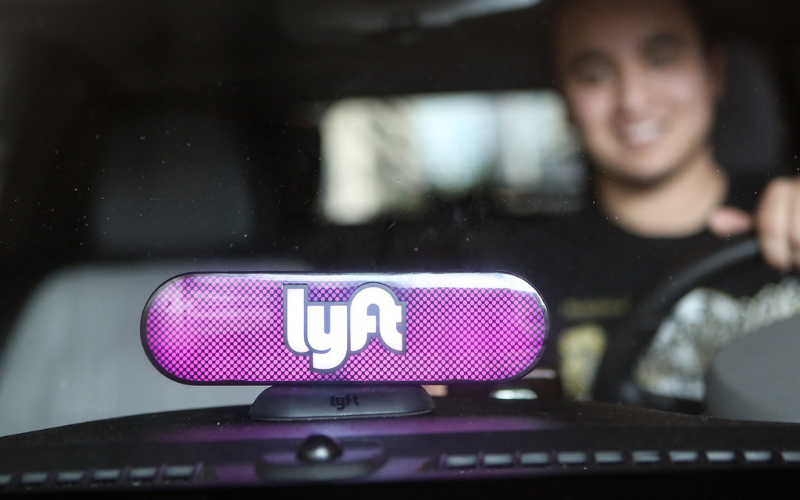